The nominees featured in the book work in an impressive array of roles at different levels of seniority.  What they all have in common is the respect of their colleagues and industry peers, and all were nominated because they inspire those around them every day.

The Women in Mining UK (WIM (UK)) 100 Global Inspirational Women in Mining Project was an international collaboration between women in mining groups from the UK, Australia, Canada, South Africa and the United States. It is widely acknowledged that inspirational role models can play a large part in inspiring a new generation of professionals.  WIM (UK) aim to facilitate development in this arena.

In 2012, WIM (UK) commissioned a three stage study in conjunction with PWC (London) to analyse trends and performance of women on boards and in senior executive positions in the global mining industry. That study sought to correlate the performance of mining industry organisations with the level of gender diversity within them – to demonstrate some of the benefits that higher female representation on boards and in senior executive positions can have on corporate performance.

The results made for interesting reading.

The mining ndustry had fewer women on its boards and in its senior executive positions than any other major global industry, and by a considerable margin. Those with women on boards significantly outperformed those without them in terms of recorded profits, resource-to–reserve definitions and sustainability, among other metric.

One of the main challenges identified by the report was the lack of role models in the sector. As a result, we have created this truly international project to identify some of the most inspirational women in the global mining industry. The 100 Global Inspirational Women in Mining Project received over 500 nominations from throughout the world. Working with international women in mining partner groups, WIM (UK) assembled 100 individuals who demonstrate skills and attributes which can inspire a new generation of professionals in all walks of the mining industry.

The publication was produced with sponsorship by Standard Bank Plc.  WIM (UK) is sponsored by Rio Tinto and Anglo American.

In 2010, the Geological Society published a statement on climate change, focusing specifically on the geological evidence. This year, the society reconvened the working group to assess whether, in the light of further research, the statement was still valid. On concluding that it is, the group have written an addendum which sets out new research findings relevant to the questions raised in the original statement.

The full addendum, along with a summary aimed at a non-technical audience, are published today, and can be found on the Geological Society of London  website: www.geolsoc.org.uk/climatechange

The International Mining Geology Conference call for papers received an excellent response form potential authors.  The conference will include an innovative and exciting program featuring a variety of papers on topical and relevant aspects of mining geology, including practical and applied case studies illustrating good practice and innovation.

Keynote speakers will include:

A preliminary list of papers is available here,  or click here for a copy of the latest conference brochure.

This one week course is an introduction to general, technical and financial management for professionals in the minerals sector with special emphasis on exploration management.

Registration for this course is now open: https://alumni.jcu.edu.au/EGRU

AESC 2014 will be held in Newcastle, a vibrant port city that is characterised by its working harbour, beautiful surf beaches and proximity to many of Australia’s most prestigious wineries. It is the gateway to the Hunter Valley – heart of the Sydney Basin coalfields, centre of power generation for New South Wales, and home of the NSW Institute for Frontier Geoscience, a joint initiative of the University of Newcastle and the NSW Department of Trade and Investment. Combined with the city’s focus on energy efficiency via the Federal Government’s Smart Grid, Smart City initiative and the CSIRO Energy Centre, Newcastle is an ideal site for our convention – Sustainable Australia.

The convention will be based around the themes of energy, basin geology, geodynam­ics, resources the environment, the geological record of life, and the role of the Earth Sciences in the community. Dedicated symposia include the 39th Symposium on the Advances in the Study of the Sydney Basin and Comparisons & Contrasts in Circum-Pacific Orogens.

AESC 2014 offers all geoscientists a unique opportunity for professional development and a chance to hear firsthand the latest developments in geosciences.

The Geological Society of Australia welcomes you to participate in the AESC 2014 convention in Newcastle and look forward to seeing you next year.

About 150 members and guests enjoyed the annual AIG Geosciences Christmas Party, held at the Rendevousz Hotel in Brisbane last night (6 December, 2013).  This event, as always, was an enjoyable evening and a great opportunity to catch up with colleagues.
Two third year AIG student bursaries were presented to students from Brisbane: Sarah McGill and Sarah Gallagher from QUT.  A third bursary recipient,  Matthew Campbell, was unable to attend and will be presented with his certificate at another opportunity.

The party was generously supported by a number of sponsors including Gold Sponsors ALS Global and Rio Tinto Exploration.

Scroll down for some photographs from the night. 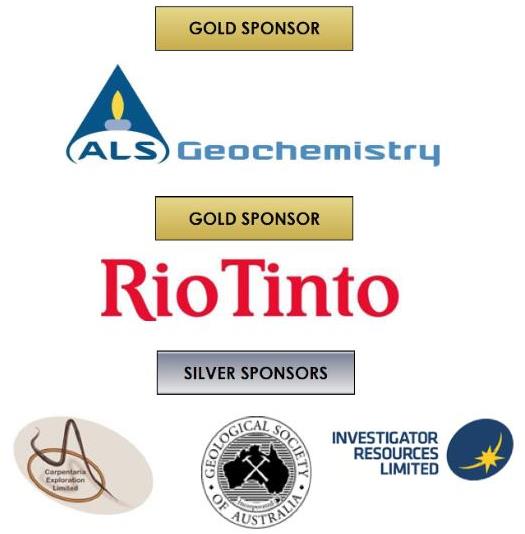 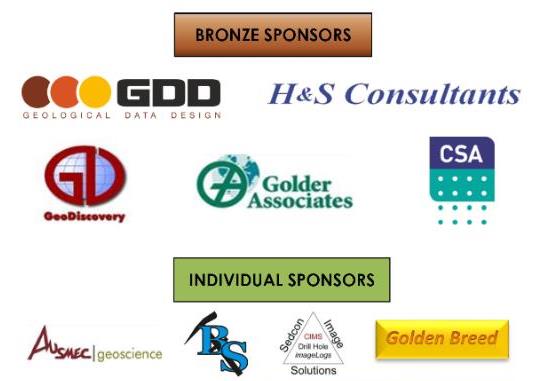 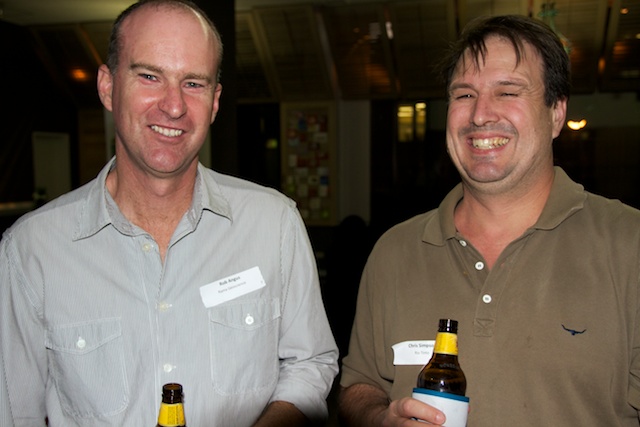 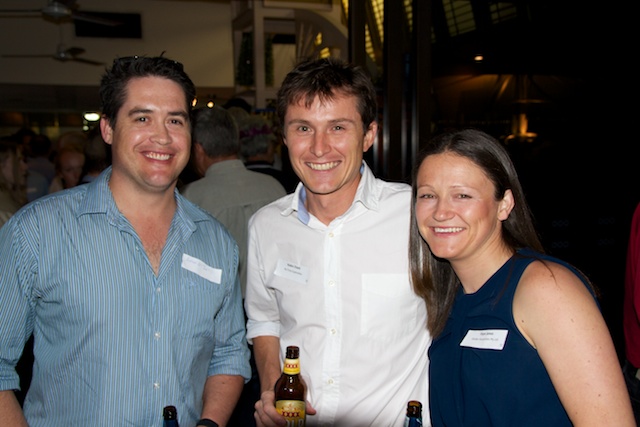 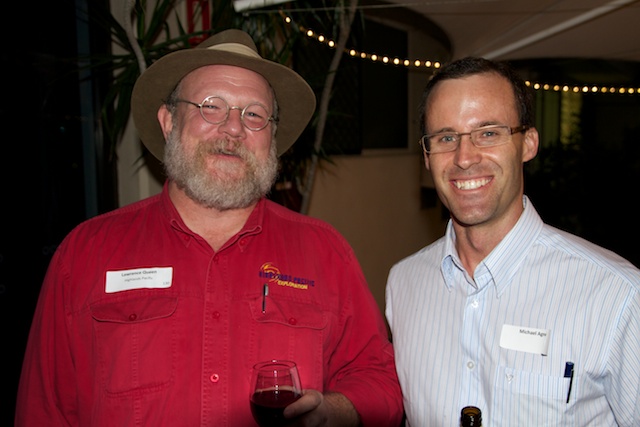 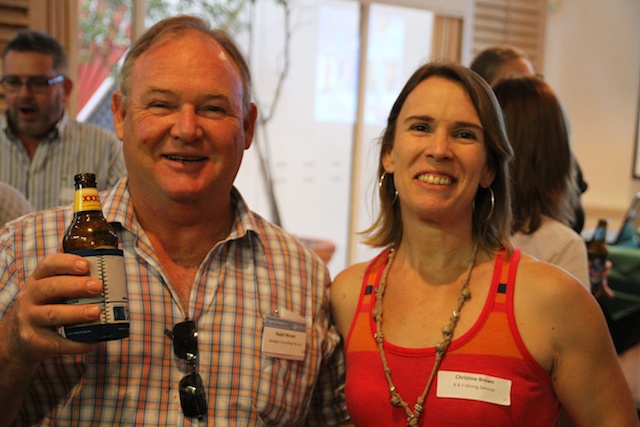 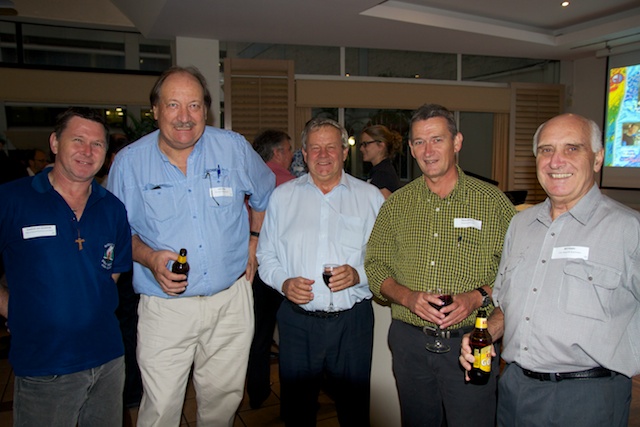 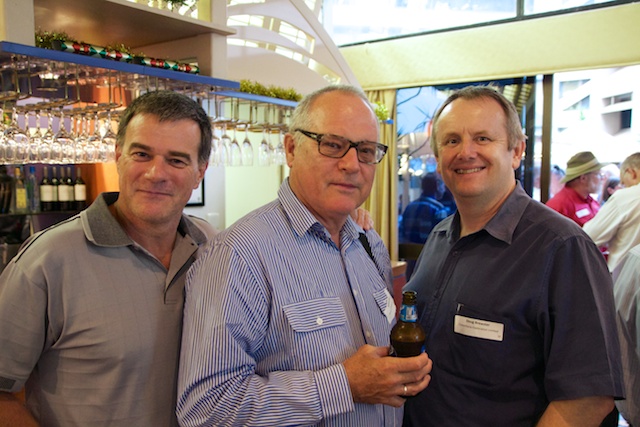 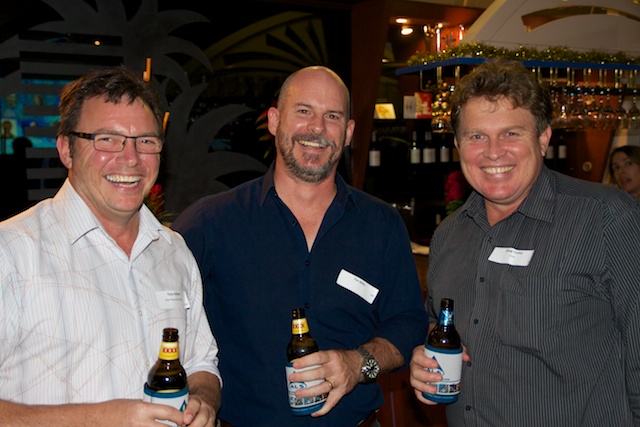 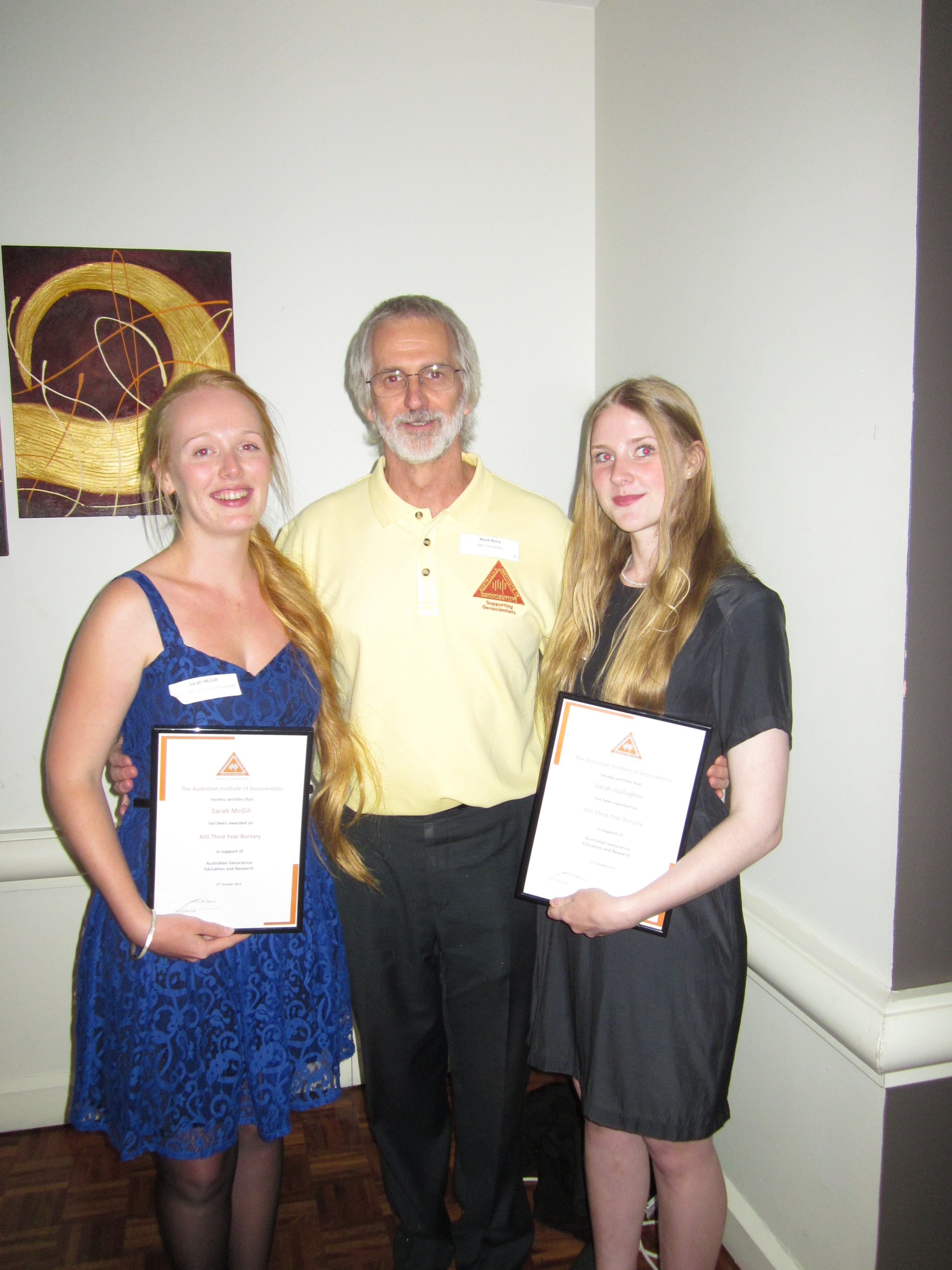 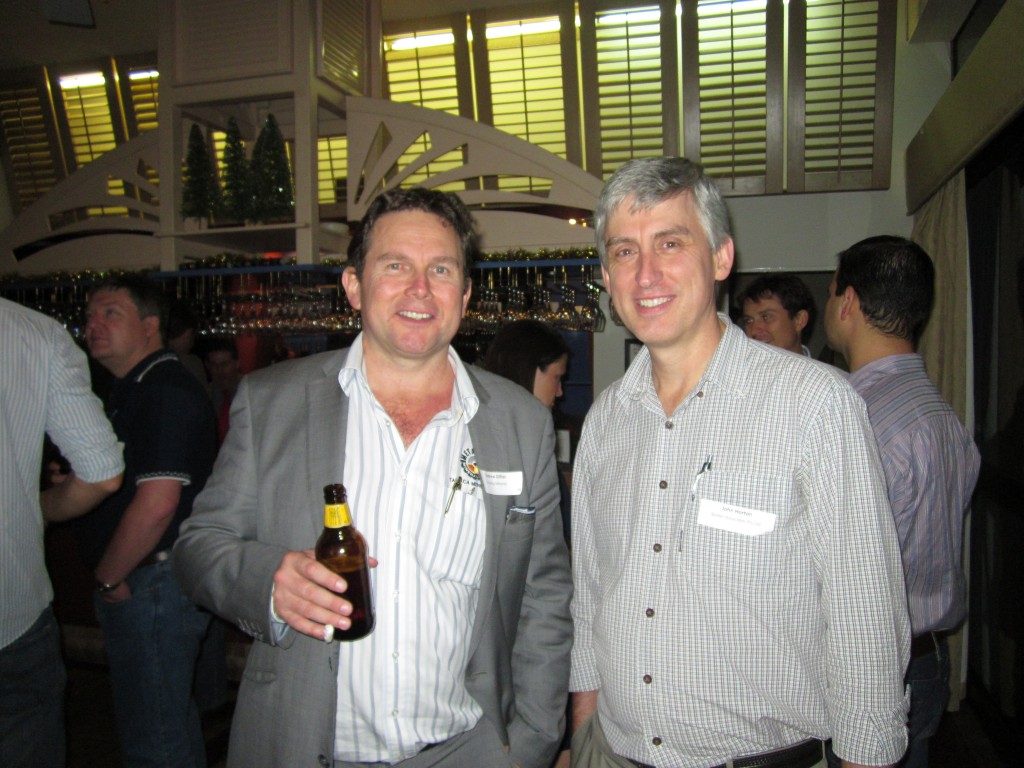 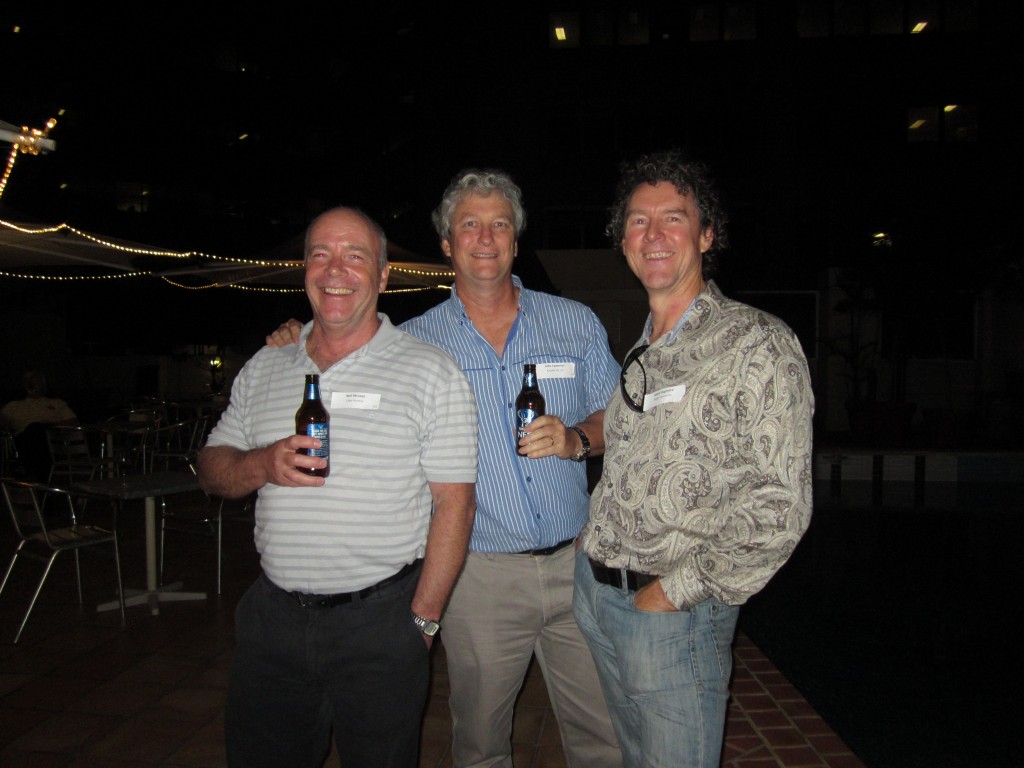 Happy Christmas and best wishes for 2014