AIG is pleased to announce we will be supporting PACRIM 2015. PACRIM is a quadrennial congress that focuses on research, exploration and development of mineral deposits around the Pacific Rim. Its appeal extends far and wide to geologists, geophysicists, geochemists exploring in the Pacific Rim and people interested in the mineralisation processes of active tectonic margins, and those developing projects following discovery in these regions.

PACRIM 2015 will present over 80 technical abstracts plus additional keynote presentations over a three day period with a special Geology and Exploration of China Seminar to be held on the fourth day. The program will also include networking functions, pre- and post-congress workshops, technical tours, students program and optional sightseeing tours.

AIG members are eligible for the congress supporter discounted rates to attend the congress in March next year!

For further information and to keep up to date with the latest information as it becomes available please register your interest via the congress website.

3 year appointment – with further employment subject to funding and needs of the CET
Salary range: Level C $110,822 – $127,788 p.a. (Level of appointment will be commensurate with experience) Plus 17% superannuation

The University of Western Australia (UWA) is a member of Australia’s prestigious Group of Eight and ranked among the top 100 universities (ranked 88th in the world) with a broad and balanced coverage of disciplines in the arts, sciences and major professions.

For the past 100 years, UWA has contributed significantly to the intellectual, cultural and economic development of the State of Western Australia and the nation as a whole.

An endowed position within CET has been established in memory of Dr Rod Hammond and Dr Bruce Nisbet, two great applied geoscientists who had known each other both as work colleagues and friends and who tragically died within months of each other in 2006. Each had an exceptional grasp of the important connections between economic mineral and geological systems and how those connections could be applied in exploration targeting.

Dr Nisbet firmly believed that to have success in future exploration it was critical to perpetuate this learning and research methodology in a world class integrated teaching environment.

The endowed research-intensive position within the CET will focus on mentoring the next generation of geoscientists in the integration of fieldwork, structural geophysical interpretation and application to understanding the structural evolution of mineral systems and application to exploration targeting. You will be expected to develop and deliver applied and fundamental research projects in this field in collaboration with industry partners, to attract research funding from industry and/or competitive grant programs, to teach into the national Minerals Council of Australia coursework MSc program run through CET, to run training programs for industry and to attract and mentor research MSc and PhD students. Some assistance with relocation expenses (if applicable) may be negotiated.

Benefits include generous superannuation and leave provisions and fares to Perth (if applicable) for appointee and dependants along with a removal allowance. These and other benefits will be specified in the offer of employment. 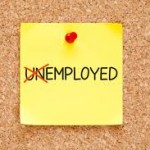 In the first quarter of 2014 the AIG Australian Geoscientist Employment survey recorded the highest levels of unemployment and underemployment since the surveys commenced in 2008. In june, the employment situation has improved slightly but self-employed geoscientists were clearly still suffering depressed demand of their services. These results demonstrated the value of monitoring geoscientist employment in Australia on a regular basis.

With your support, this survey has become to be regarded as a trusted indicator of geoscientist employment specifically, and an indicator of the health of Australia’s exploration and mining sector more generally. We need your support, for a few minutes every three to six months to maintain the value of this series of surveys.

The surveys provide “hard data” that is used in representations to government, and for use in a range of other areas by both AIG and industry representative bodies with which AIG shares the survey results.

The few minutes of your time spent completing the survey really helps to make a difference to the standing and knowledge of our profession.

The survey will remain open for submissions until midnight, 18 October 2014.

AIG’s South Australia Branch hydrogeology group will be holding their inaugural meeting on Wednesday 1st October at the Wakefield Hotel, Adelaide.  The speaker will be Tavis Kleinig (Water Quality Branch of the EPA, Senior Hydrogeologist) and his talk topic is  ‘The EPA and Groundwater – From AMD to UCG’.

The success of the recent South Australia Branch “Groundwater in Mining” conference demonstrated the need for a hydrogeology group, particularly in South Australia.

“Tavis Kleinig’s talk is a must for exploration and mining geologists in South Australia, for obvious reasons” according to AIG South Australia Branch Chairman Graham Teale.  “His talk will focus on the Environment Protection Authority’s (EPA’s) broad role in the assessment of groundwater, and the assessment of mining and oil and gas projects with potential to impact groundwater.”

Tavis will provide a summary of a recent project, the State Groundwater Quality Monitoring, Evaluation and Reporting Program (SGWQMERP for short!). To keep things topical (and hopefully more interesting) Tavis will briefly discuss the EPA’s role in the recent Clovelly Park investigation, Rex Hillside, Unconventional Gas (UCG) in the South East, and finally introduce everyone to stygofauna!

Gold14@Kalgoorlie: an International Symposium in the home of Australia’s gold industry, 8-10 October 2014

Kalgoorlie, home of the Super Pit, is the perfect location for the Australian Institute of Geoscientists (AIG) Gold14@Kalgoorlie Symposium to be held between 8-10 October. The symposium will be a truly international event, with delegates attending from Africa, the Americas, Asia, Europe and the Pacific and bringing together notable geoscientists from academia and the gold industry.

“This conference is shaping up to be the most important gold geoscience conference in Australia since Bicentennial Gold88 in 1988” said the symposium Organizing Committee Chairman and industry consultant Julian Vearncombe.  The highlight is a 3-day conference of talks and posters on various aspects of gold deposits, provinces and exploration.

Keynote speaker, Ed Eshuys, known for his involvement in the Plutonic, Bronzewing and Jundee gold discoveries in WA in the 1990s, will open the conference with an address on the importance of exploration to the Australian economy.

“Australia’s gold exploration story is one of great success” Neil Phillips, a consultant and Adjunct Professor with the University of Melbourne said. “Claims that gold exploration has not been successful are potentially dangerous and may lead to misallocation of exploration and research funding. The Government data shows that Australia is not only replacing the gold that it mines but systematically adding to the inventory.”

“Since 1979, Australia has achieved what no other country has in this period, discovering 16,500 tonnes of gold at a cost of $40 per ounce. This low exploration cost is a measure of how Australia’s exploration industry has been unequivocally successful in discovering gold, especially when compared to today’s gold price of around US$1220.” Professor Phillips said.

In the last ten years Australia has added 6,000 t of gold to its Economic Demonstrated Resource (EDR, Geoscience Australia, 2012). At the end of 2012, Australia’s EDR of gold was about 9,909 t. This figure suggests that there are enough resources for the next 30 years of mining at the current production rate.

Gold is currently a primary output of about 75 mining and processing operations in Australia; and these mines produce about 250 tonnes of gold a year, almost 10% of world production, and second only to China.

The goal of Gold14@Kalgoorlie is to present the innovative geological practices and technological innovations that are contributing to the continued success of an industry that employs 25,000 personnel across Australia. Neil Phillips sums up “The exploration industry’s aim is discovering better quality gold ounces which are higher grade, easier to extract and better located”.  “Whether such ounces are in new areas (greenfields) or established areas (brownfields) is of secondary importance. Commonly being near to existing infrastructure can be a big advantage.”

The Symposium runs from 8-10 October 2014 and will be accompanied by both pre- and post-conferece field excursions and workshops.

Are you registered to attend the symposium?  You can download the extended abstracts volume now to read prior to the symposium sessions.  Your symposium registration information contains the password required to unlock these files for reading.

Low Resolution Copy (ideal for iPads and other tablets)