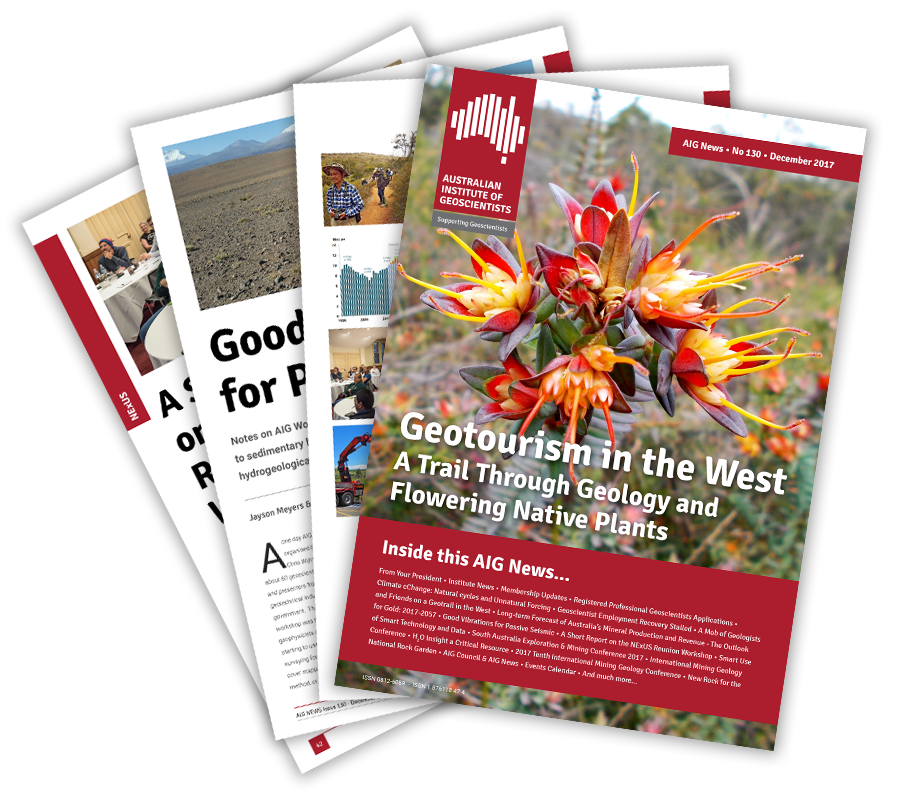 AIG would also like wish all our members and followers a very Happy Holiday season and a peaceful and prosperous New Year. 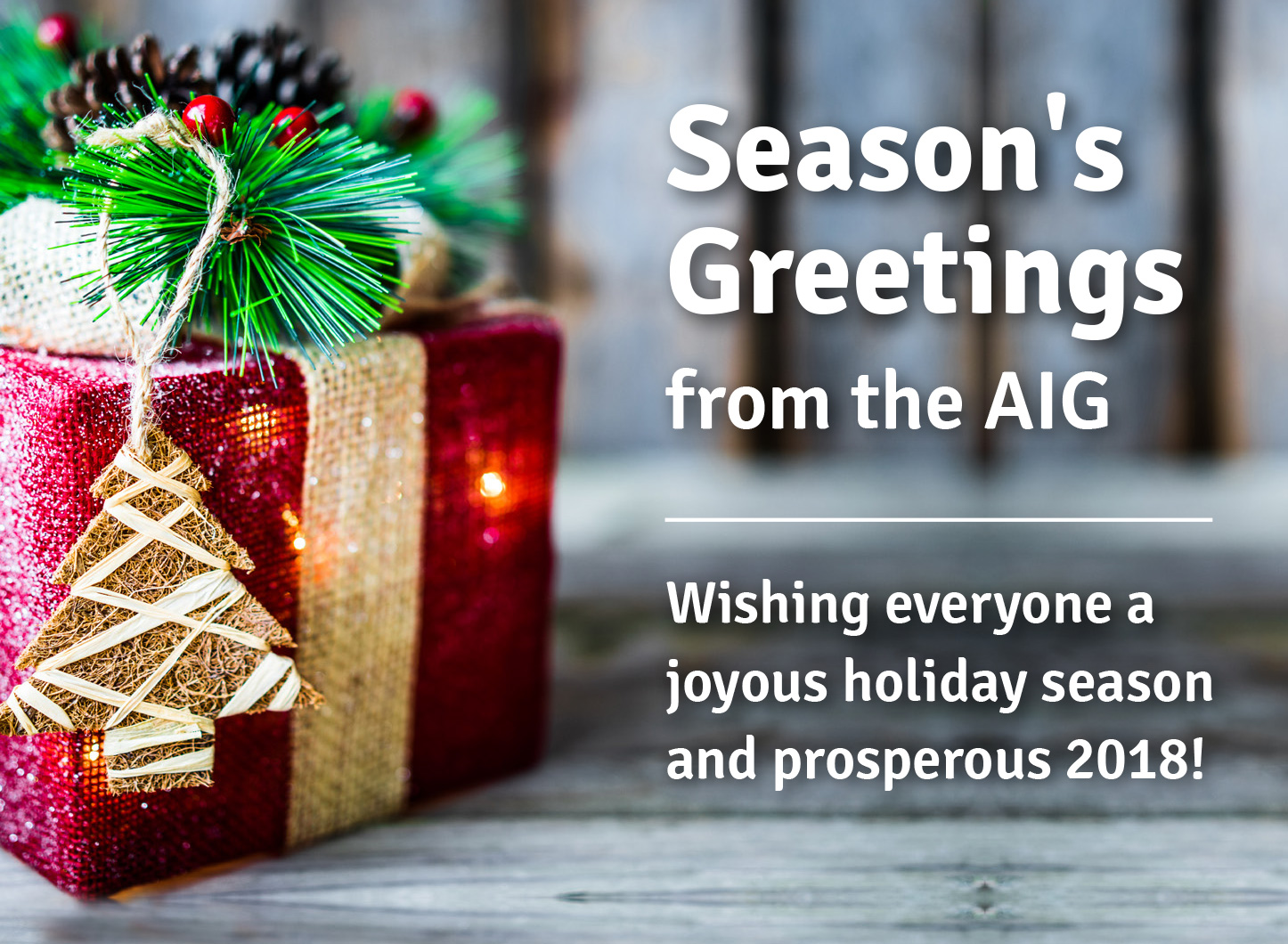 Groundwater use could be significant source of carbon dioxide 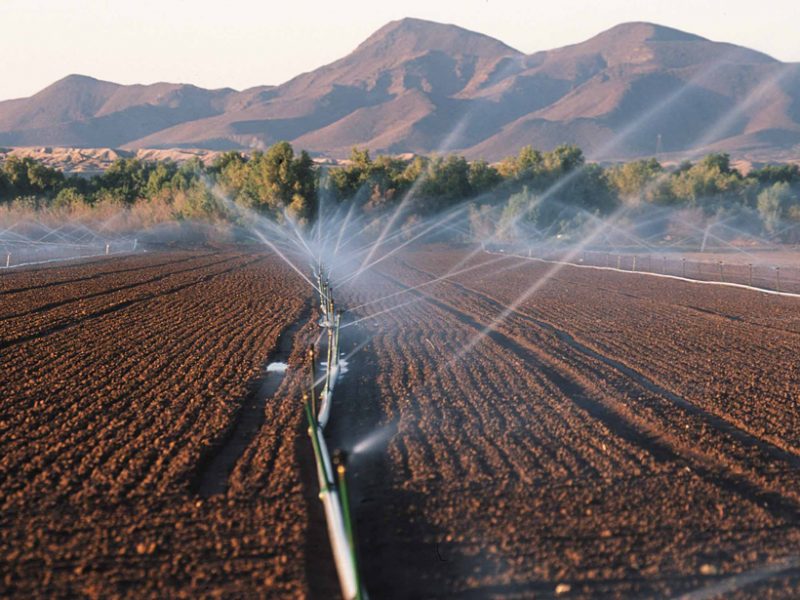 Humans may be adding large amounts of carbon dioxide to the atmosphere by using groundwater faster than it is replenished, according to a new study. Credit: USDA NRCS

Humans may be adding large amounts of carbon dioxide to the atmosphere by using groundwater faster than it is replenished, according to new research. This process, known as groundwater depletion, releases a significant amount of carbon dioxide into the atmosphere that has until now been overlooked by scientists in calculating carbon sources, according to the new study.

The study’s authors estimate groundwater depletion in the United States could be responsible for releasing 1.7 million tonnes of carbon dioxide to the atmosphere every year.

Based on these figures, groundwater depletion should rank among the top 20 sources of carbon emissions documented by the US Environmental Protection Agency (EPA) and the Intergovernmental Panel on Climate Change (IPCC). This would mean the carbon dioxide emitted through groundwater depletion is comparable to the carbon generated from aluminum, glass, and zinc production in the United States, according to the study’s authors.

“We were somewhat surprised that this hasn’t been accounted for in the literature and in the [EPA and IPCC] evaluations,” said David Hyndman, a hydrogeologist at Michigan State University in East Lansing, Michigan and co-author of the new study accepted for publication in Earth’s Future, a journal of the American Geophysical Union.

Groundwater depletion’s impact on carbon emissions is significant yet relatively small compared to the leading contributors, according to the authors. For example, scientists estimate fossil fuel combustion in the United States is responsible for releasing more than 5 billion tonnes of carbon dioxide into the atmosphere every year, close to 3,000 times the amount released from groundwater depletion. Still, the study authors argue that understanding all sources of carbon dioxide emissions is important for making accurate climate change projections and finding solutions.

“It’s not going to change the way we think about global climate change. It’s just another factor involved that we need to consider,” said Warren Wood, a hydrogeologist at Michigan State University and co-author of the new study.

“This is an idea that a number of us have knocked around a little bit, but I think the approach here is really novel,” said Bill Simpkins, a hydrogeologist at Iowa State University in Ames, Iowa who was not involved in the study. “[Groundwater depletion] is certainly not a documented source that people feel obligated to put in their climate estimates.”

If left to its own devices, this carbon-rich water remains below ground for hundreds to thousands of years before surfacing in oceans or freshwater bodies. But humans are now extracting groundwater at an unprecedented pace to sustain a growing population. The United States alone sucks up nearly 80 billion gallons (303 billion liters) of water from the earth every day to supply drinking water and irrigate crops, enough water to fill Utah’s Great Salt Lake five times every year.

Wood’s research has largely focused on the hydrogeology of arid areas, but he recalls suddenly coming up with the concept for the new study one morning after coffee. “It came to me at about 9:30 a.m. and by 11:30 a.m. I had the first draft of the manuscript done,” Wood said.

In the new study, Wood and Hyndman analyzed groundwater depletion and groundwater carbon chemistry data from the U.S. Geological Survey (USGS) to calculate how much carbon dioxide is likely transferred from groundwater to the atmosphere each year.

USGS scientists estimate that the United States annually depletes 25 square kilometers (9.7 square miles) of groundwater, which contains roughly 2.4 million metric tons (5.2 billion pounds) of bicarbonate. Wood and Hyndman then conservatively assumed that half of the released bicarbonate is converted to atmospheric carbon dioxide.

From this information, Hyndman and Wood estimated the U.S. releases approximately 1.7 million metric tons (3.8 billion pounds) of carbon dioxide a year into the atmosphere from groundwater depletion. This is more than the amount of carbon dioxide produced by the generation of electricity used to power 250,000 households in the United States each year.

“This linkage between subsurface water and the atmosphere is a very creative and original synthesis. I’m not aware of anyone who has even suggested this in the past,” said Lenny Konikow, a scientist emeritus at the U.S. Geological Survey who was not involved with the study.

The researchers note that this study is still just a preliminary step, but they hope their study will provoke in-depth research on the role of carbon dioxide from groundwater depletion.

“If we can understand how humans are having an effect, hopefully we can take that next step and try to mitigate some of these effects,” said Hyndman.

AIG hand lenses are available to members through the Institute’s publications on-line shop. 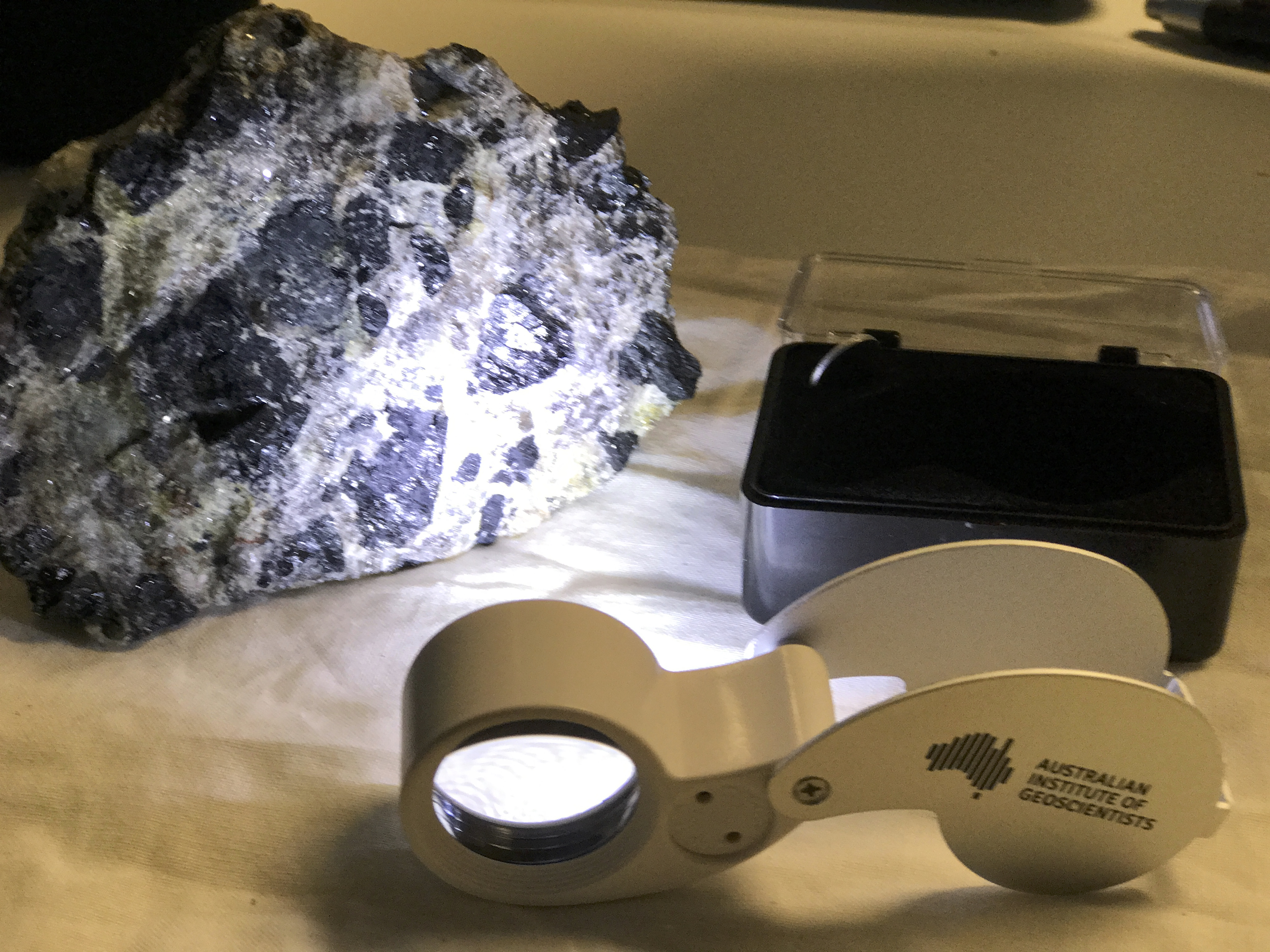 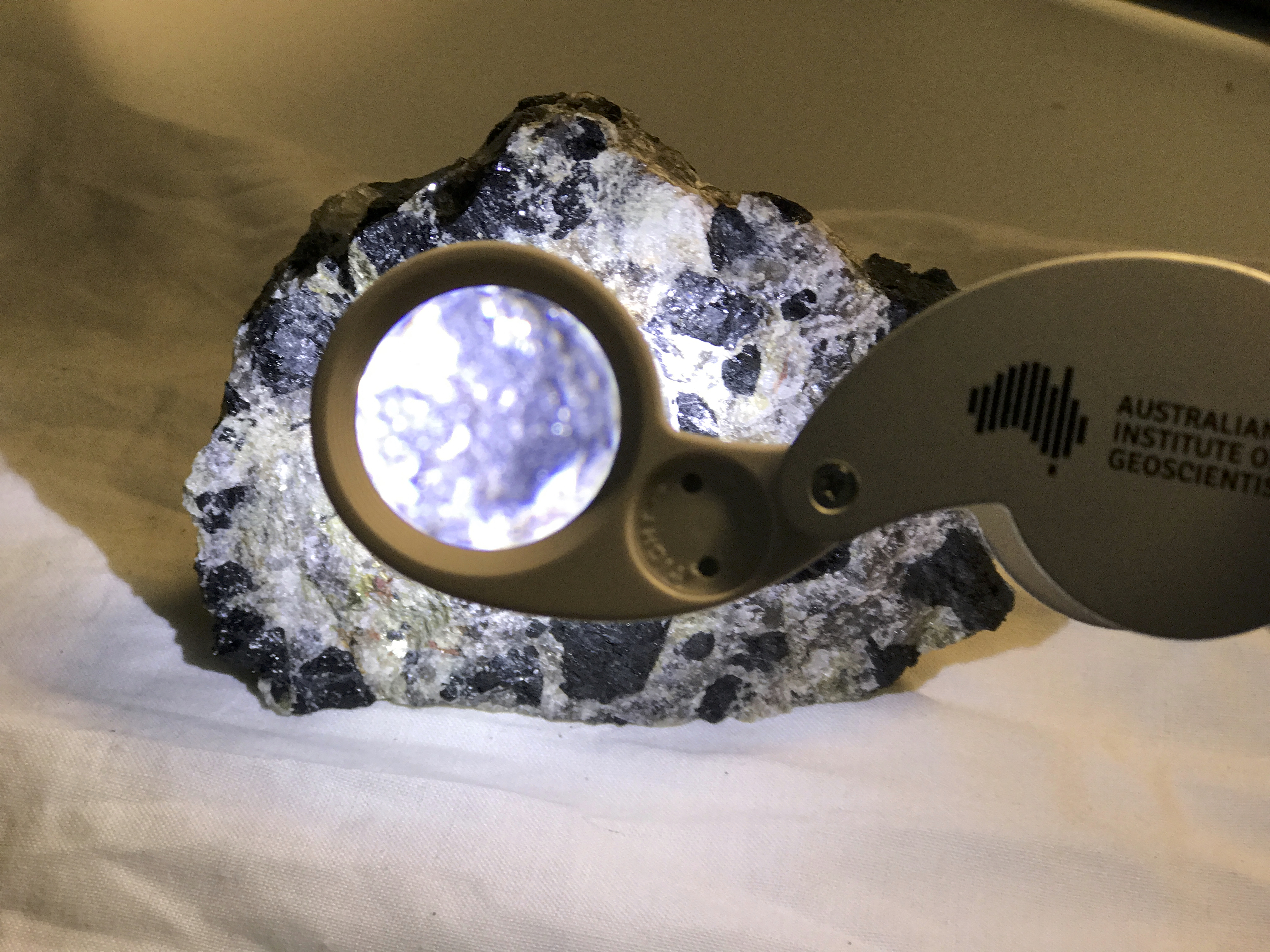 The hand lenses provide approximately 10x magnification across a wide, 25mm field of view and feature a bright, white LED light powered by an internal, replaceable battery which helps to provide a great view of samples.  The hand lenses also have a lanyard attachment and come in a storage box with a battery removal tool.

$10 each (including GST) plus postage.

The project was developed by the Earth Science Communications team at NASA’s Jet Propulsion Laboratory and is available for both iOS and Android devices.  Search for Earth-Now in the Apple App Store and Google Play store. 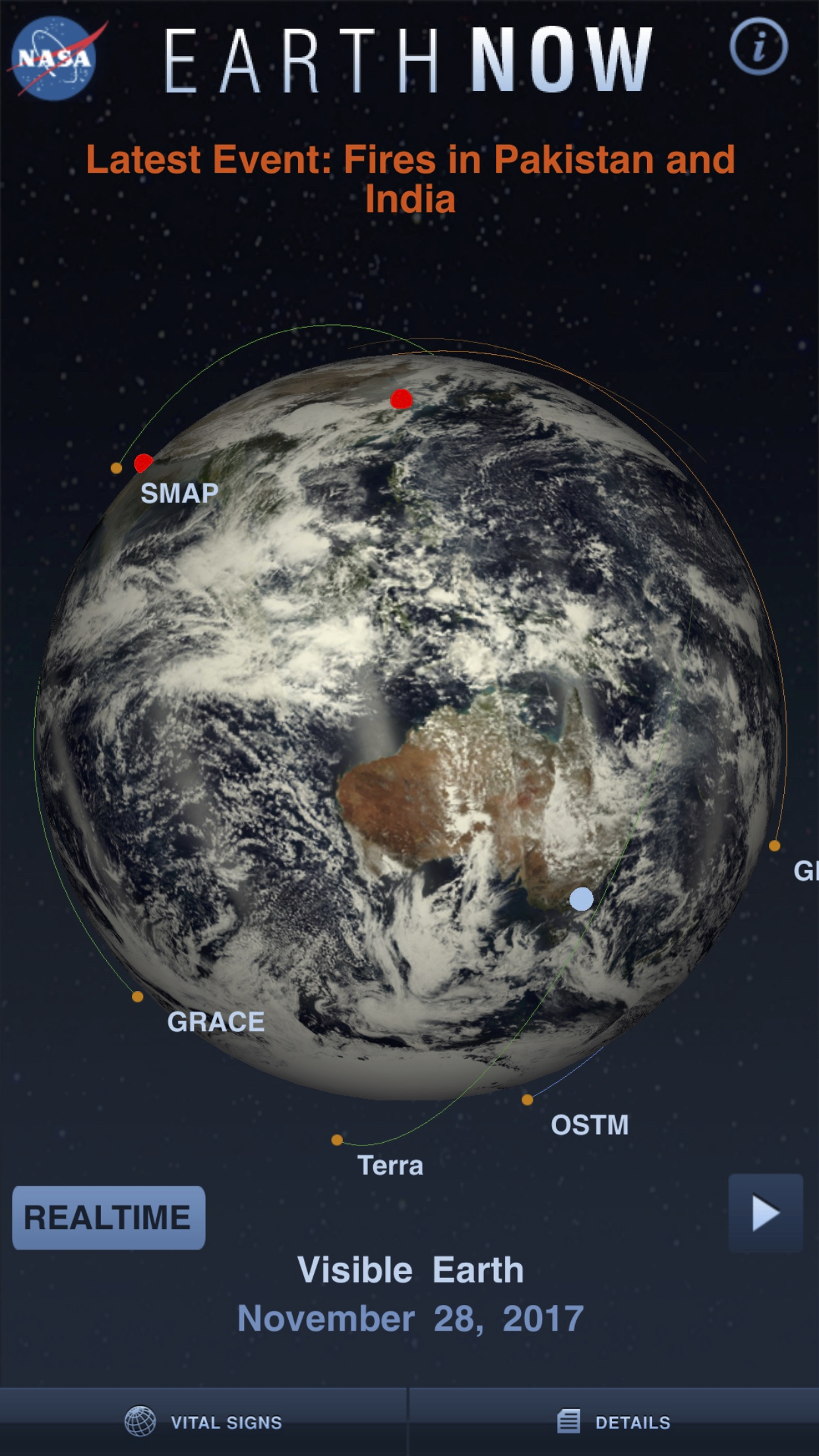 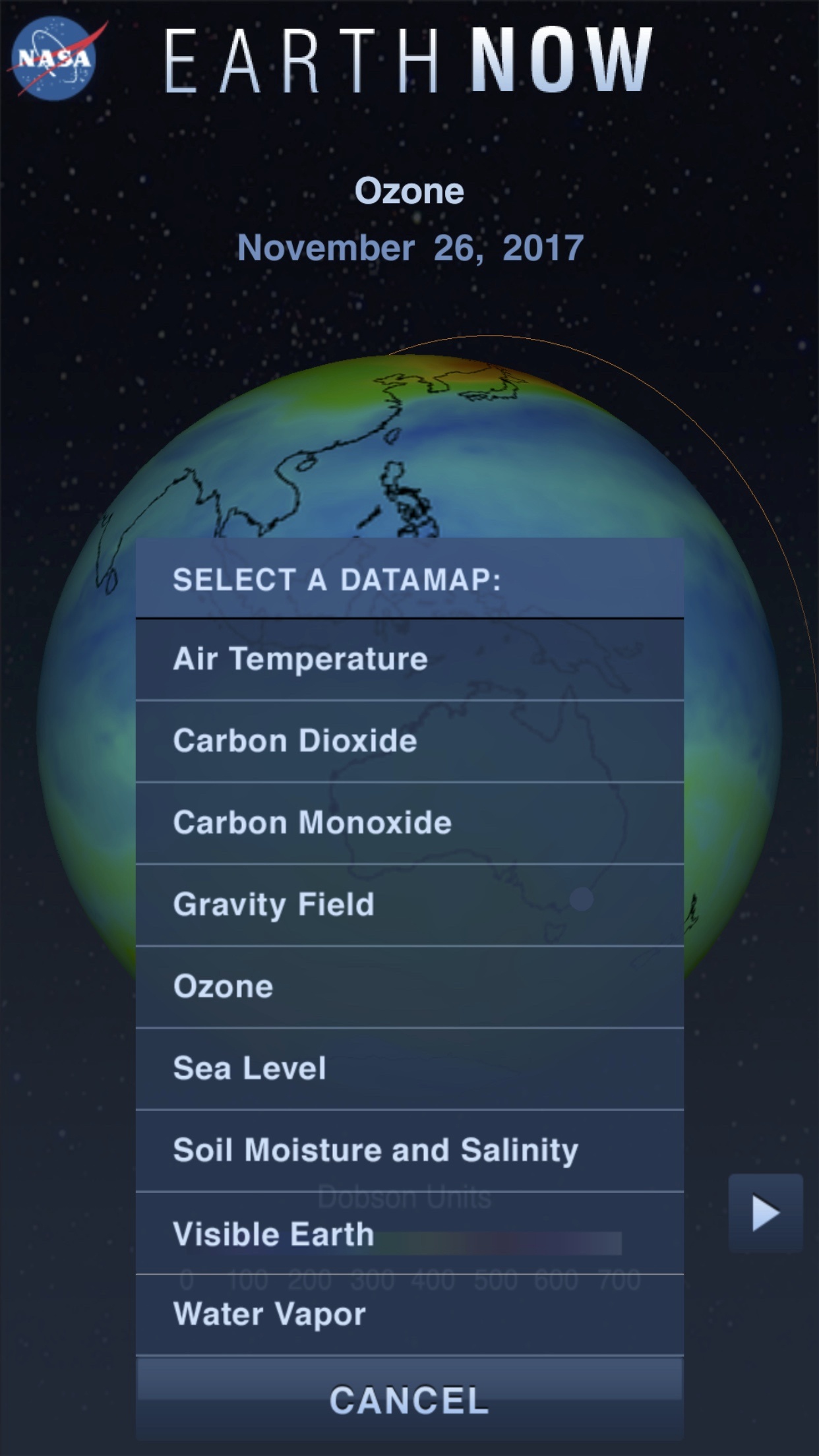 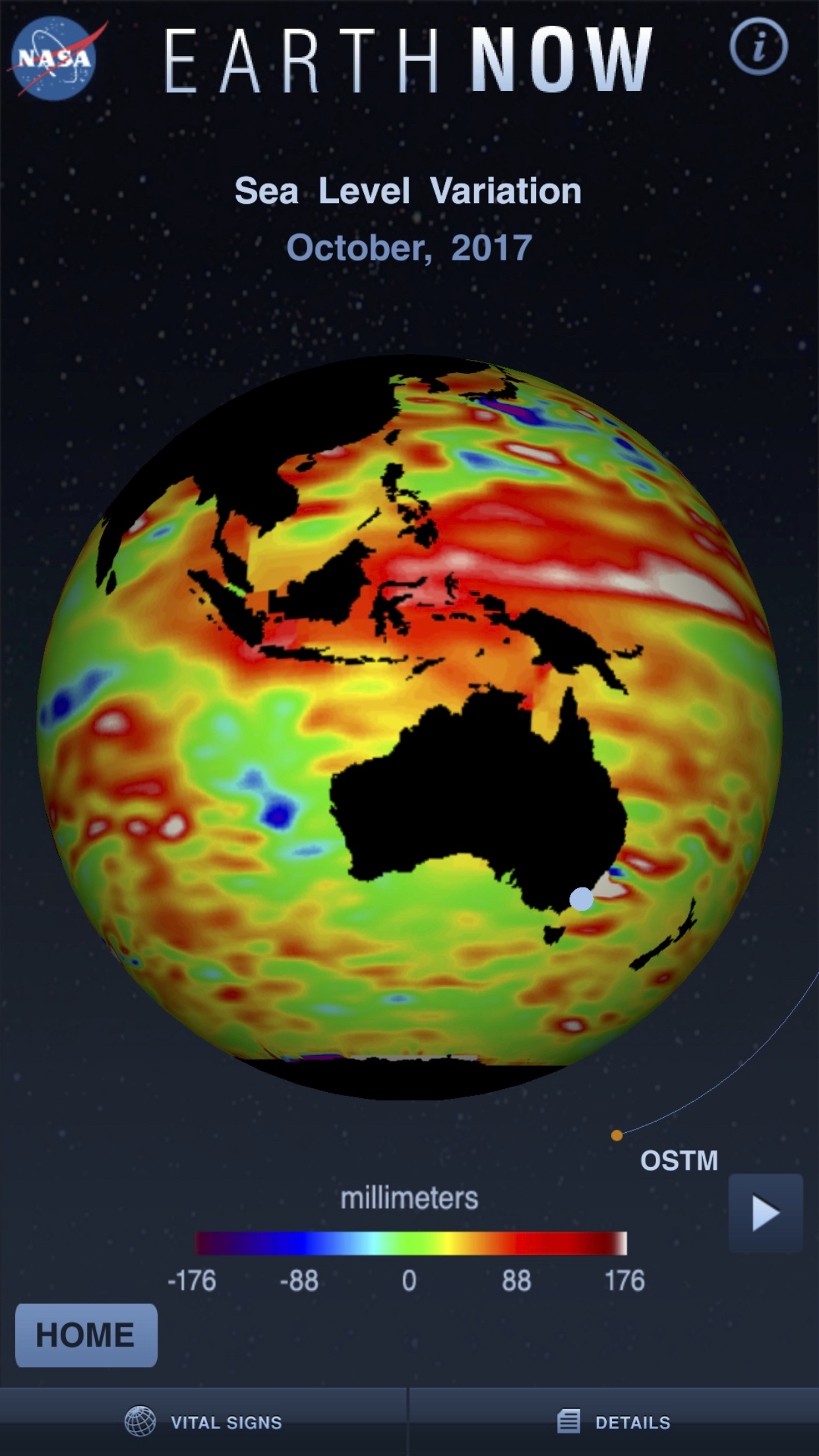 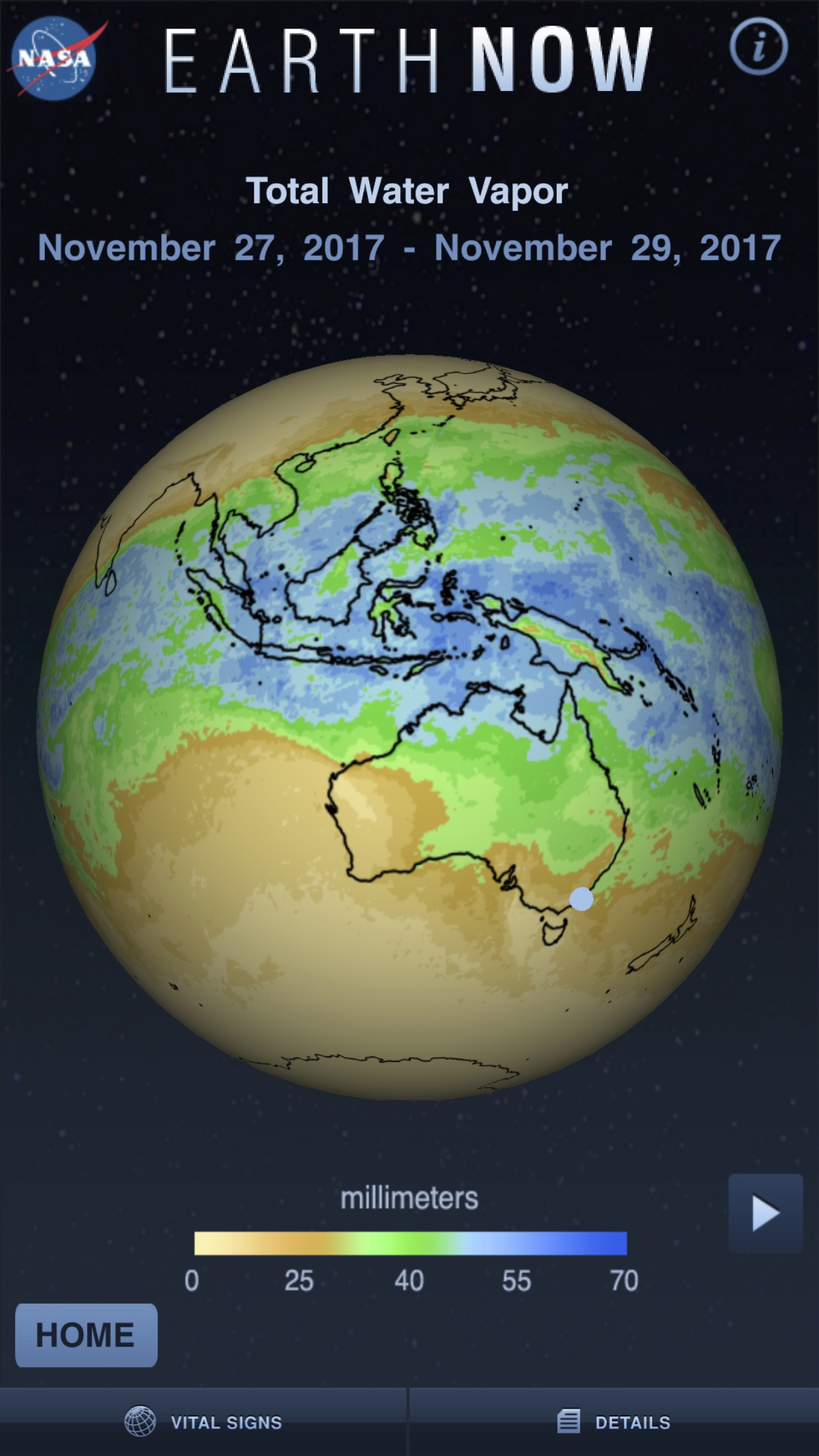 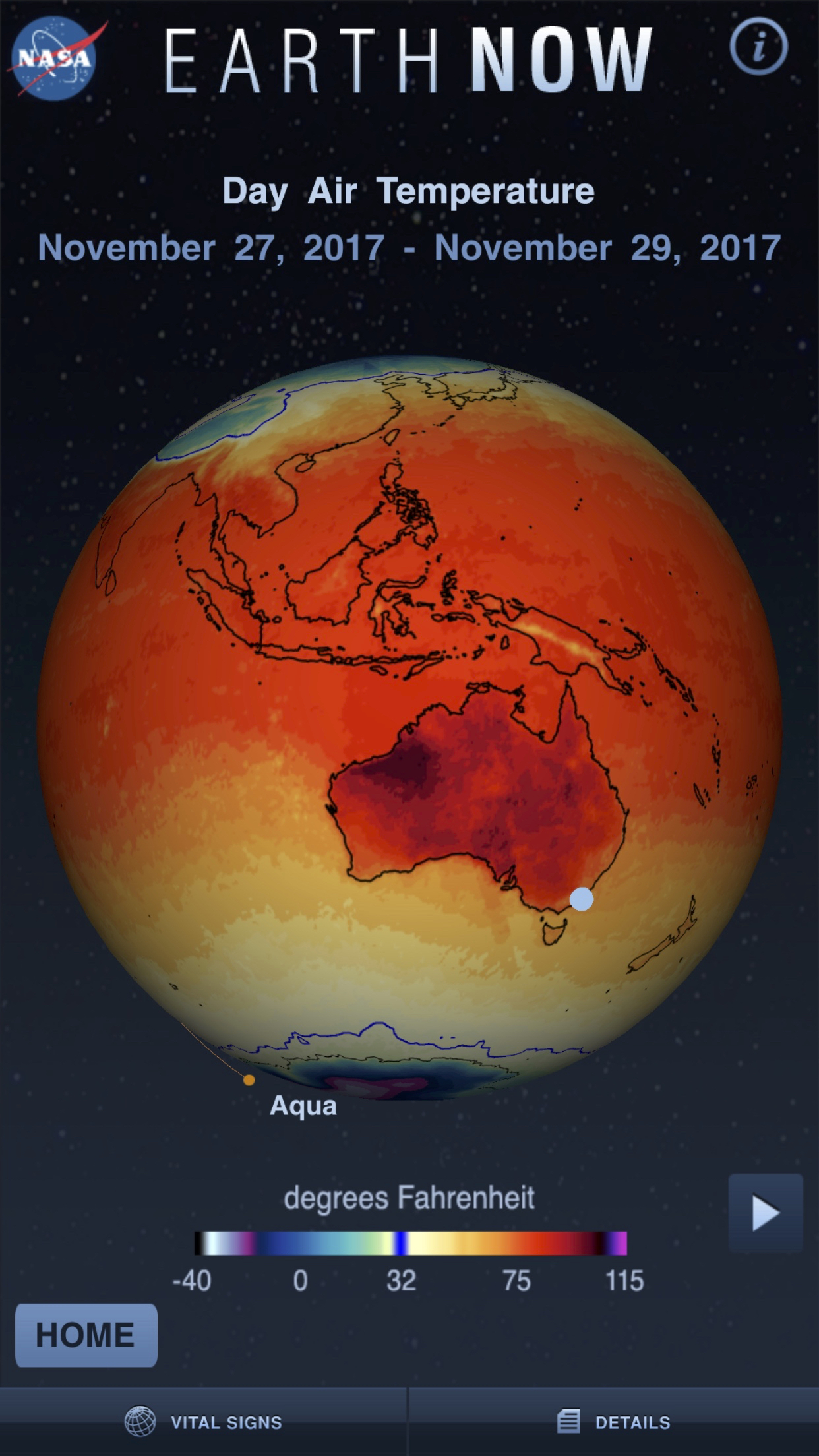 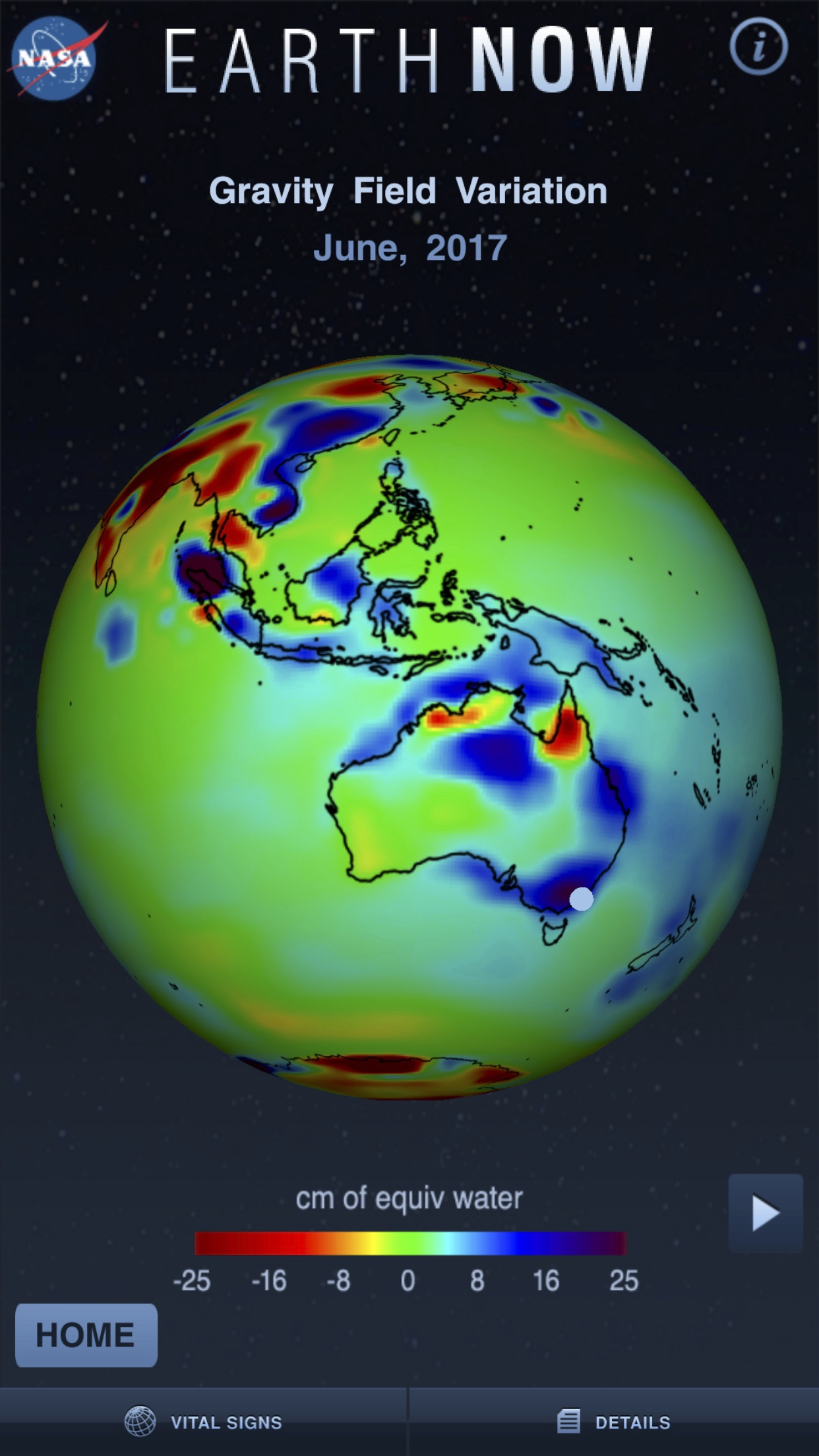 The theme of the meeting is Exploration, Innovation and Integration.

The Conference will also incorporate the Eastern Australia Basins Symposium normally managed by PESA and the rolling 18 months Conference of ASEG and will be home to the highest quality technical program and Exhibition that members will have grown accustomed to from our three organisations.

The keynote speakers for the AEGC have now been released 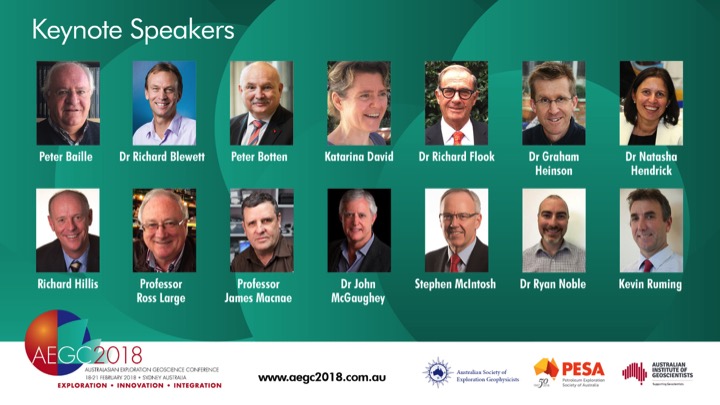 Register for find out more information at http://www.aegc2018.com.au/

Individuals are invited to submit an abstract for AGCC 2018. The submission form is now open and will be available until the cut-off date of 16 June 2018 on the convention’s official website.

Please note that individuals will only be permitted to deliver one oral presentation (unless they are a plenary or invited keynote speaker), but they may co-author multiple oral presentations and may give multiple poster presentations. Full details on abstract submission requirements and terms available here.

Early bird registration will be available until 7 July 2018.

Registration fees for AGCC 2018 have now been released on the convention’s official website.

Registration fees will cover lunches, morning and afternoon refreshments, one ticket to the Welcome Reception and materials, including the detailed Convention Program and Abstracts.

Member Organisations of the Australian Geoscience Council will receive a discount on full registrations. Please click here to see all registration options.

Connect with the Convention

The latest quarterly survey of Australian geoscientist employment, covering the third quarter of 2017, shows that employment prospects for geoscientists have remained unchanged since March 2017, despite anecdotal evidence pointing to an upturn in mining and exploration industry activity.  The survey was conducted during October 2017 by the Australian Institute of Geoscientists (AIG). 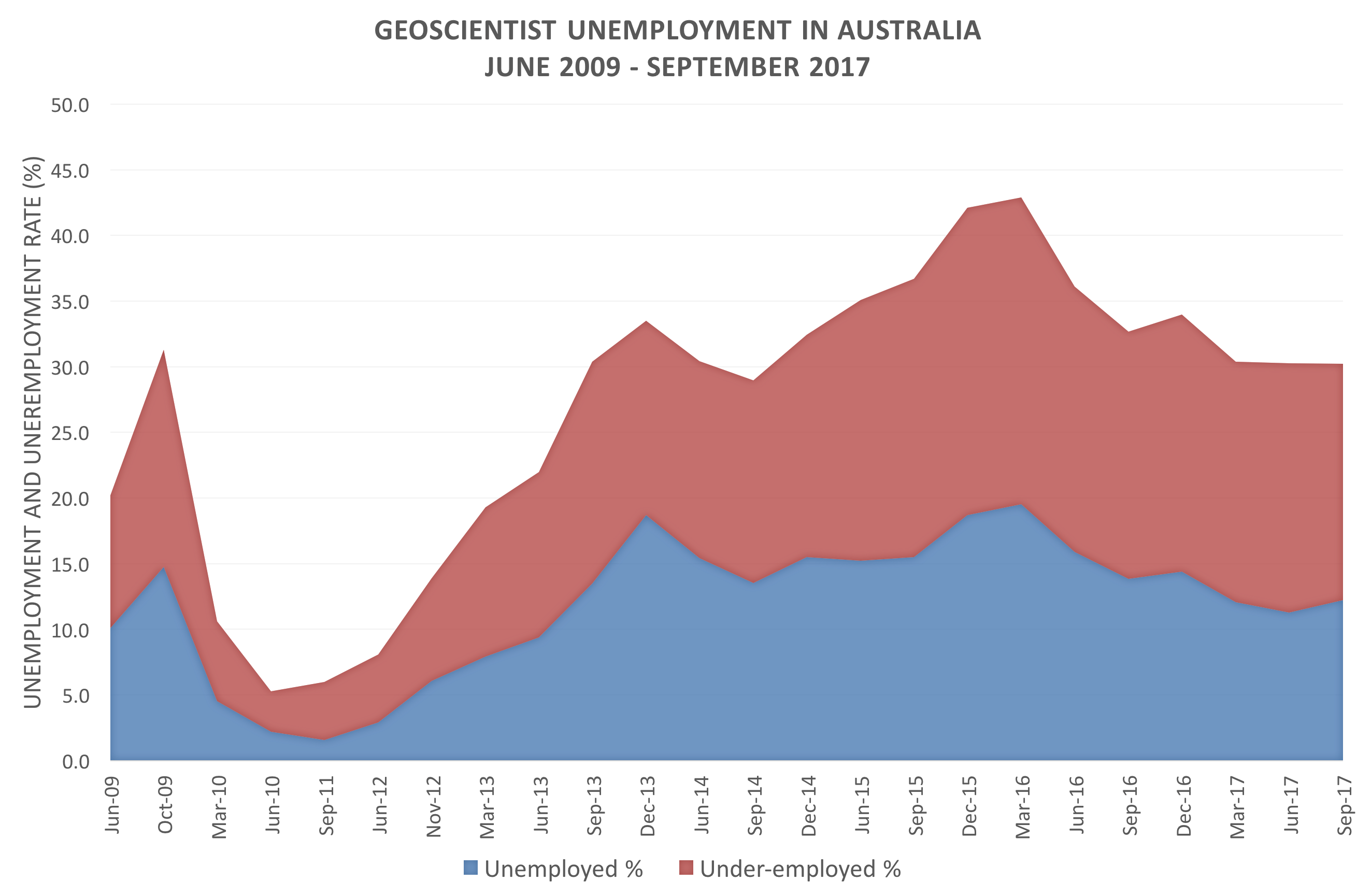 The national unemployment rate at 30 September 2017 amongst Australia’s professional geoscientists was 12.2%, up slightly from the 30 June figure of 11.3%.  Underemployment amongst self-employed geoscientists for the same period, however, fell to 18.0% from 19.0%.

The combined figures point to no improvement in employment prospects for the geoscience professions as a whole since March 2017.

AIG spokesperson Andrew Waltho expressed surprise at the flat result in the latest survey.  “Australian geoscientists were looking forward to an improvement in the employment situation in the September survey due to what appeared to be improved sentiment amongst professional geoscientists”.  “The survey results, however, don’t contain any good news”.  “Unemployment in the mineral exploration sector continues to sit at around 12%”.   “The surprise in this survey’s results was that unemployment in metalliferous mining geology increased from 5.2% in June to 11.0% at the end of September”.

The survey results point to:

“We need to remember too that for every job lost in exploration and mining in Australia, three to four other jobs are lost in the broader community” Mr Waltho said.   “Initiatives announced recently by both federal and state governments to promote investment and sponsor drilling of advanced exploration projects don’t appear to be having an impact across the exploration and mining sector”.  “This could be due to none of the initiatives announced tackling the thorny question of access to land and perceptions of growing sovereign risk in Australia”.  “Both of these have a negative impact on investment” Mr Waltho said.  “Recent talk of royalty and tax increases in Western Australia appear to have had an immediate impact on industry sentiment which has already had a negative impact on geoscientist employment” Mr Waltho said. 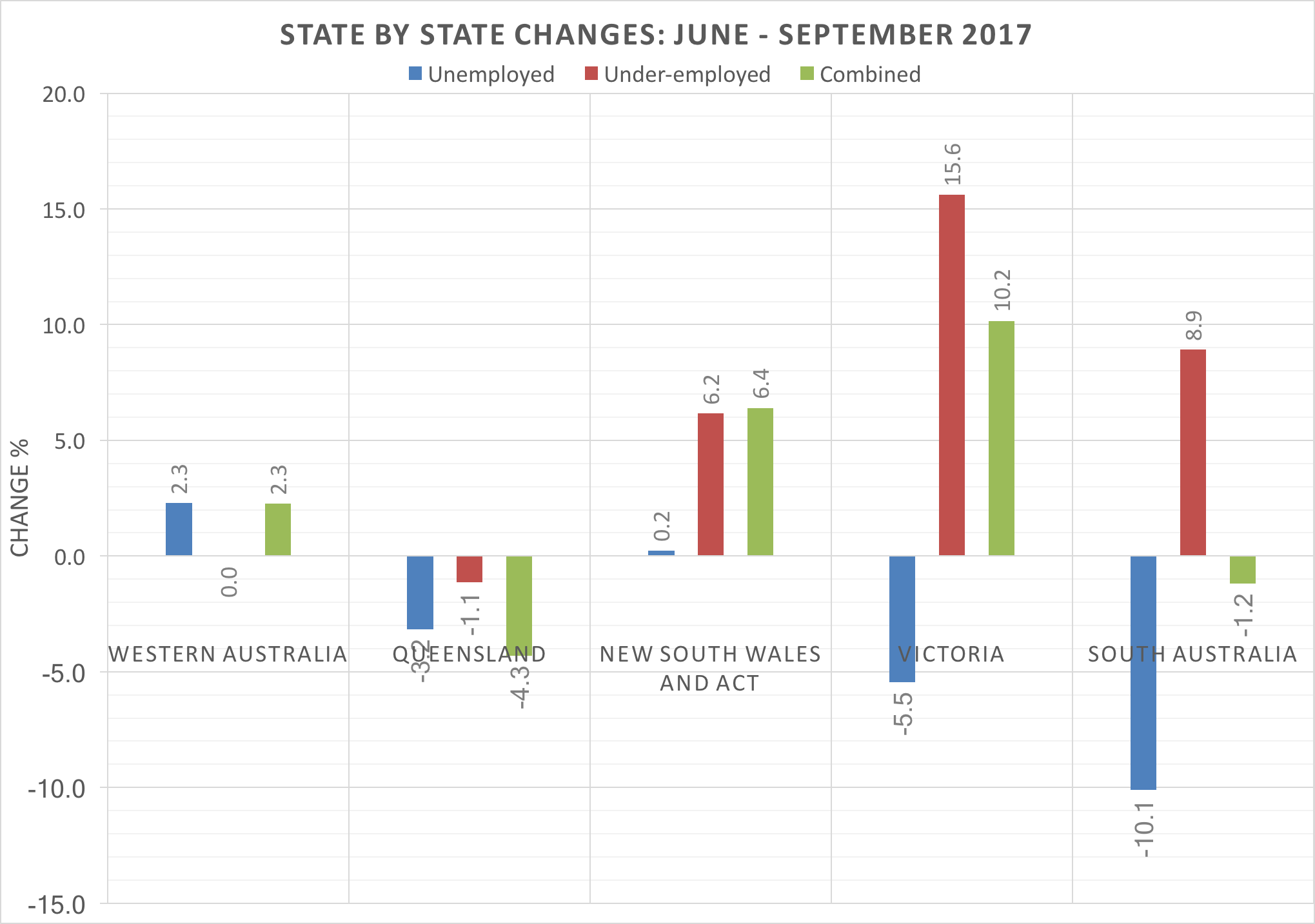 Some 492 responses were received to the survey.

Geophysics for the Mineral Exploration Geoscientist 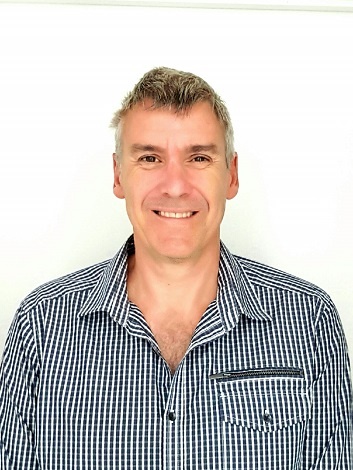 With more than 25 years experience in teaching, research and consulting in mineral exploration geophysics, Prof Mike Dentith is co-author of the award winning textbook, Geophysics for the Mineral Exploration Geoscientist, on which this course is based. He has run professional courses for industry, government and professional societies in Australia, South America, Asia and Africa.
Click here for a copy of the workshop brochure or to register on-line via the geoscientistsmposia.com.au web site.

Venue to be advised.

Please send us an expression of your interest by sending an email to training@geosymposia.com.au.

For the 2017 round of applications, additional funds will be made to early-career geoscientists that propose to make a significant contribution to the Australian Geoscience Council Convention to be held in Adelaide in October 2018. Significant contributions that will be considered include, but are not limited to: contributing to the organisation of the convention by joining a Sub-committee, convening a session or workshop, leading a fieldtrip.

To apply for these grants, or just to find out more, go to http://www.agc.org.au/grants.html