The contributions of three members, Graham Jeffress, Bill Shaw and Wayne Spilsbury, were recognised with awards at a presentation in Perth last Friday evening (28th October, 2022).

Graham Jeffress and Bill Shaw were presented with the AIG Distinguished Service Medals, recognising significant contributions to both AIG and the Australian geoscience community more generally.

Graham Jeffress contributed to the work of both the Western Australia Branch and the AIG Council (Board) over a number of years which included the roles of WA Branch Chair and both Treasurer and Secretary of the Institute.  Graham is currently the Deputy Chair and an AIG representative on the Joint Ore Reserves Committee (JORC).

Bill Shaw is a past Western Australia Branch Chair, Institute President and, until recently, a long-standing member of the Australian Geoscience Council (AGC) management committee. 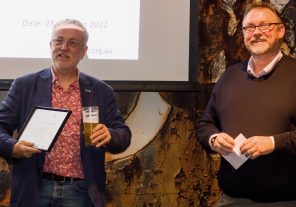 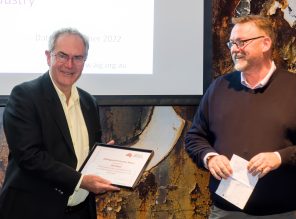 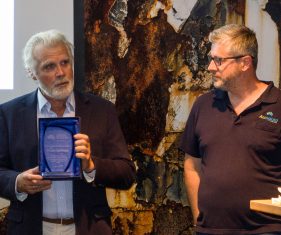 Congratulations Graham, Bill and Wayne for recognition of your commitment to our Institute on behalf of all AIG members.