The mining and exploration quest in and around New Zealand’s Waihi gold mine involves a high degree of social licence. 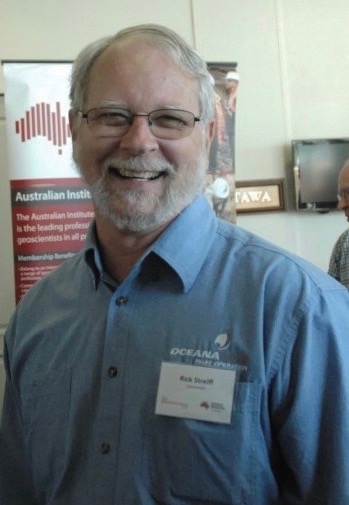 A consultant to OceanaGold Corporation (TSX & ASX: OGC) working on the Waihi operations, Rick Streiff, told attendees at the recent Gold17@Rotorua Conference that in Waihi the Martha open cut mine has operated in the town and that the latest underground operations go underneath some housing.

Streiff, who also undertook work for previous owner Newmont Mining, said it was clear from the outset that the mining companies needed to listen to the concerns of Waihi townsfolk and he believes this has been a successful operation.

There were some challenges for exploration including when operating teams needed to undertake CSAMT work to enhance underground targets that the wiring near houses did not create any problems. This took in looking out for dogs and cats.

There were noise issues that needed to be covered, including encasing drill rigs in containers to mute the noise and to ensure at night functions such as not using hammers on drill steels or rods.

Modern gold mining at Waihi began in late 1980s with a pit at Martha over the original underground mines and this was originally operated by a joint venture of US and Australian companies, then taken over by Normandy Mining before that big Australian company was taken over by Newmont, which in turn sold Waihi to OceanaGold in 2016.

Rick Streiff said that following on Martha’s develop the underground discoveries to follow included Moonlight-Favona, Trio and the 2009 discovery of Correnso, now the current mining focus.

Discovery of Correnso came about when exploration near the Reptile Vein came across an intersection that appeared to be “something else.” Ongoing exploration outlined Correnso as a significant target and there was excitement with an intercept of 11.5 metres grading 17 grams/tonne gold.

Broader regional exploration advanced originally by Newmont which undertook a remapping programme in 2008-09 identified a host of targets including the large WKP deposit which had seen holes like WKP24 outlining a wide zone grading 1.5 g/t and, later WKP35 which outlined an equally wide zone and a related narrow vein high-grade zone.

Streiff said modern mining at Waihi has seen about 2 million ounces of gold produced at Martha and roughly about one million ounces coming from underground mines. The ratio of silver varies, with Martha having had 10:1 silver to gold and Favona 1:1.

Ross Louthean
22 Feb 2017
This article was originally published in NZResources magazine and is reproduced here with the publisher’s permission which is gratefully acknowledged.

Industry should remember its exploration success

A well-known mining consultant said at the conclusion of the Gold17@Rotorua conference recently that contrary to many views in Government and industry observers gold exploration has been a successful business.

Julian Vearncombe of Perth-based SJS Resource Management, who was a principal organiser of the conference, gave the final presentation yesterday and pointed to some of the negatives that explorers have faced.

This included the decreasing probability of mineral discoveries with costs increasing, companies needed to make world-class finds, and a need to replace explorers with digital technology.

He said that contrary to these perceptions New Zealand and Australia through successful gold exploration had paradigm-changing growth in the 1980s and this was followed by consistent production.

Early drilling, he told delegates, was essential in all exploration.

Gold was being found at times when the gold price was low, and there was great success at brownfields exploration in NZ, Australia and Nevada.

Companies were finding gold in half-million ounce parcels and these can grow through brownfields exploration into world-class deposits.

In recent hears Australia has moved ahead of the once-dominant South Africa, the United States and Canada in production but more recently in terms of the gold price.

Since the 1980s Australia’s gold production has soared, helped by technological advances with oxide and refractory ore treatment. The national output peaked above 300 tonnes per annum in the early 2000s, dipped to about 220t but was now above 250t pa.

From the growth in production, the role of the gold price and its relation to the $A price against the $US, was shown in a graph, with dominant phases being in the 1979-83 period when the gold price peaked around $A1,600/oz and again between 2007-09 when it was in the $A1,700/oz range.

This article was originally published in NZResources magazine and is reproduced here with the publisher’s permission which is gratefully acknowledged.

Are you interested in the history of: mining, mining engineering, metallurgy, mineral economics, mineral deposits or mining heritage?

Why not join the Australasian Mining History Association.  See our website: http://www.mininghistory.asn.au/

Special offer to first 10 new members in 2017 includes back copy of 2016 issue of the Journal of Australasian Mining History.

From a warmer Russia to a cooler Down Under, geoscientists urged to “hammer keyboards, not rocks” in online party to celebrate global #GeoscientistsDay

The Australian Geoscience Council is planning a ‘Social media street party’ to be held on Geoscientists Day (this Sunday,
2 April) to celebrate geoscientists and their contribution to society; engage the Australian public in this fascinating field of science; and promote geoscience as a fulfilling career path.

Also aims to connect Australian geoscientists with their international colleagues, to share the importance of their work and discoveries to the world we live in.

Simple steps to get involved:

As a member of the public, post questions for geoscientists or follow the conversations using the hashtag #GeoscientistsDay. Questions can cover anything geoscience related — from finding out about geoscience as a career to learning about a fossil or rock you’ve found — or bigger questions about geoscience and this exciting multi-faceted field of science.

Australia’s peak body for more than 8000 geoscientists is urging the geoscience community, both in Australia and globally, to “hammer keyboards, not rocks” this Sunday as part of an innovative ‘social media street party’ to celebrate international Geoscientists Day (Sunday 2 April).

“Our virtual #GeoscientistsDay party aims to connect all Aussies, from seniors to students, with the geoscience community via social media to talk anything and everything geoscience or earth science related” said the President of the Australian Geoscience Council (AGC), Dr Bill Shaw.

“We hope to highlight exciting research and developments in geoscience; celebrate the contribution of geoscience to society; and boost the profile of geoscience as an inspiring career path at a time when this major scientific discipline can offer so much to the world and a positive future.

“And as well as connecting geoscientists with the Australian public, we also hope our #GeoscientistsDay social media party will connect Australian geoscientists and their international colleagues to celebrate and share their groundbreaking research and work.

“Geoscientists play an immensely critical role in society as we face the big challenges of our time.

“They are right at the centre of efforts to sustain and advance our way of life, including by meeting the growing demand for the mineral resources that are used in everything from hospitals to smartphones, as well as mainstream energy production.

“They are also at the centre of efforts to ensure groundwater is safe and food production is secure; conduct research to better understand climate change; and help to develop a cleaner energy future.

“They ensure the tunnels you travel through and buildings you work in are not in geological danger zones; and they help to predict and manage geohazards like landslides, earthquakes, volcanoes and tsunamis.

“Given the very significant role that geoscience will continue to play in our world into the future, it is critical that organisations like ours highlight the rewarding nature of a career in this compelling field of science.

“We hope that #GeoscientistsDay will harness the power of social media to create interesting and enticing conversations about geoscience, and emphasise the crucial role of this major field of science to society.”

Geoscientists Day celebrations began in the USSR in the mid-1960s at the start of summer, a time when fieldwork can be undertaken after the long, cold northern winter. The first Sunday in April is celebrated as Geoscientists Day to recognise geoscientists around the world and their contributions to society. In Australia, April marks the start of the fieldwork season for many exploration geologists — paradoxically because it signals the end of the long, hot summer. As the wet season is finishing in Northern Australia and extreme high temperatures diminish across the Red Centre, many Australian geoscientists are getting ready to roll back into the field for geophysical studies, geochemical sampling and drilling programmes. We wish them luck in their endeavours in supporting Australia as a world-leader in resource development!

Australasian Exploration Geoscience Conference abstracts are required by 12 May 2017 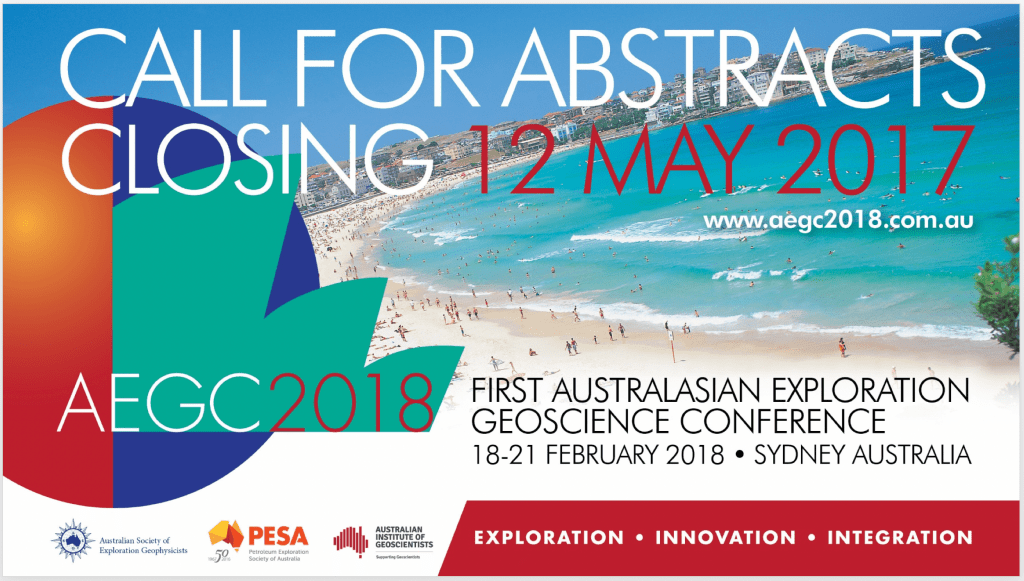