Nick Direen is one of Australia’s most versatile applied geoscientists. He is currently an Associate Researcher at CODES, applying geophysics and geology to a range of problems in the minerals and energy industries, as well as to understanding plate tectonic phenomena.

Nick has worked in the Government (AGSO/GA), Academic (U Adelaide, U Tas), Consulting (FrOGTech) and Industry (ExxonMobil/Esso Australia) sectors in a diverse career since 1999.

Nick’s interest in King Island began in 1997 during his PhD when he mapped the SE coast of the Island to understand the age and association of the pile of unusual mafic volcanic rocks in the context of the Rodinia supercontinent breakup. He has since published 8 scientific papers on various aspects of the geology of King Island, including its place in the Neoproterozoic Snowball Earth, and has led multiple geology field trips there, with a near future GSA-SGTSG field trip planned for Feb 2022.

He is currently researching the geophysical aspects of the Carboniferous scheelite (WO3) skarn mineralisation, which has been made possible by the recent dewatering of the Dolphin-Grassy Open Cut, and new drilling by King Island Scheelite Pty Ltd, which will be touched on during this talk.

Nick is an AIG Fellow, and a member of SEconG, SEG, GSA, AGU, AAPG , SEAPEX and ASEG 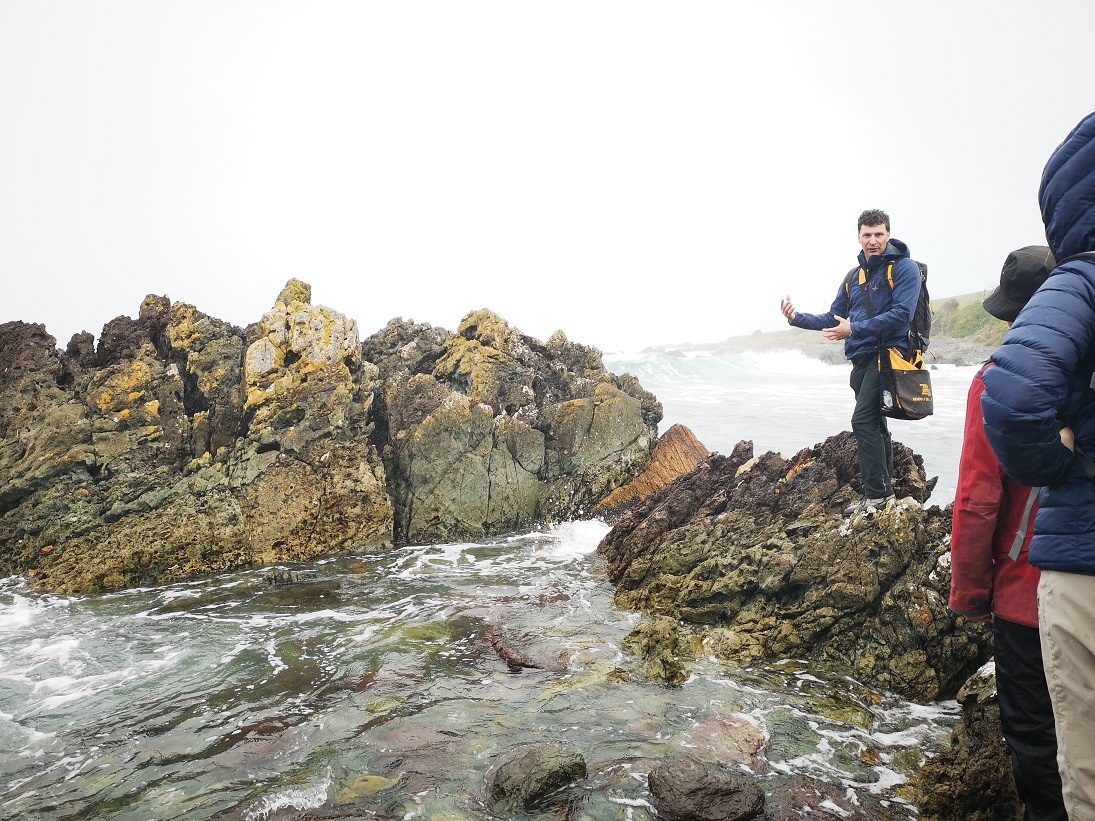