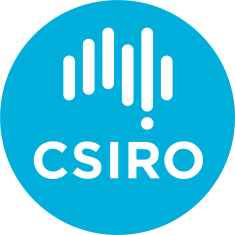 This is the next FREE WEBINAR to come from CSIRO Discovery. This Friday (Aug 7) 1 pm Perth time will be on Open source software for geophysical modelling. 10 Years in the wild: The AMIRA P223 Experiment (redux) by Dave Annetts.

The use of open-source codes has become pervasive over the past 20 years but such codes are uncommon in minerals exploration. The P223 series of programs researching forward and inverse modelling of electromagnetic data was supported by CSIRO and six AMIRA consortia over 27 years and produced, amongst others, the codes, Airbeo, LeroiAir and Marco. This project concluded in 2008 and, after a two-year embargo, the code base, consisting of computer programs modelling different approximations of the earth for ground and airborne prospecting systems, was released to the public. We discuss reasons why codes have not been more widely adopted and examine the evolution of some of the codes in research, academia and in industry as a guide to parties who would embark on a similar route.

Dr David Annetts is a geophysicist specialising in electromagnetic prospecting. A forward modeller by inclination, he has interspersed study and industry experience and has been with CSIRO since 2007, researching applications of electromagnetic marine, airborne and ground surveys for CO2, groundwater and minerals exploration. David is the current President of the Australian Society of Exploration Geophysicists.

when joining please turn off your video and mute your microphone. There’ll be a chance to ask questions via the chat window.
You can join this CSIRO Webex conference from Desktop or Mobile Devices.