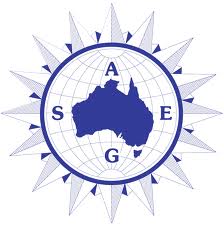 Thanks to our sponsors Core Geophysics and Groundradar Inc. for assisting in keeping the price down.

Although a recent addition to the geophysicist’s toolbox, ground penetrating radar (GPR) is now a well-established geophysical method in Australia.  Dozens of systems are deployed daily throughout the region, mainly for civil infrastructure projects.  In addition to being one of the easiest geophysical tools with which to collect data, it is also perhaps the most misinterpreted and oversold method.

The concept of radar imaging of the subsurface is not new, with the principles having been well established over the last century.  Technological advances in GPR technology have enabled deeper and faster imaging of larger areas with higher resolution.  The workshop will begin by introducing the history of GPR along with general EM theory.  The content covers various types of GPR instruments, suitable survey environments, along with interpretation and modelling pitfalls.

The overall focus of the workshop will be on managing expectations with regards to GPR resolution and penetration, including examinations of several case studies from the region.  Recently, claims have been made of exceptional performance by devices which seemingly are outside of the bounds of physics.  These technologies will be examined and example data discussed, within the context of scientific principles.

The workshop will be led by Dr. Jan Francke, who has worked exclusively with long-range GPR technologies for 25 years in 85 countries.  His experience spans thousands of projects in environments ranging from Arctic Sweden to southern Chile.  He conducts numerous workshops every year on GPR applications in a non-academic format, relying on real-world examples rather than complex mathematical modelling and theory.

Dr. Francke is amongst the most experienced users of ground penetrating radar in the world, having spent his entire 25-year career working with deep GPR applications.  He holds a BSc from the University of British Columbia, an MSc from the University of Canterbury, and a PhD from Kings College London, all focusing on mineral exploration applications of GPR.  His field experience includes GPR projects in over 85 countries on six continents.  He has authored dozens of papers on the applications GPR to mining and geotechnical problems, and conducted numerous workshops teaching GPR principles and managing expectations on realistic GPR performance.

Please register by 21 September via the ASEG web site. 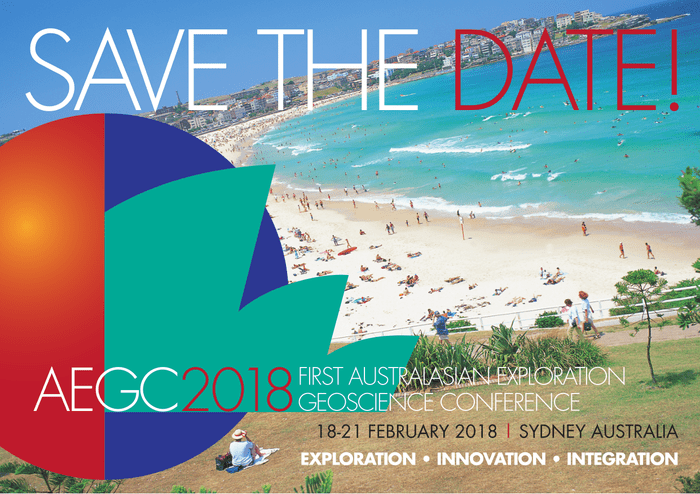 Mark these dates in your diary now and watch the web site and events calendar for updates.

Click here for a flyer for your office noticeboard or to pass on to friends and colleagues.

AIG is joining ASEG and PESA to present the 25th Australian Geophysical Conference and Exhibition in Adelaide South Australia, 21-24 August 2016.

Earlybird registration will open in January 2016, and authors must have registered by the 1st of June 2016 for papers to be included in the technical programme.

For further information – including the conference themes – please stay tuned to the website.

You are very welcome to join in on discussions on social media: 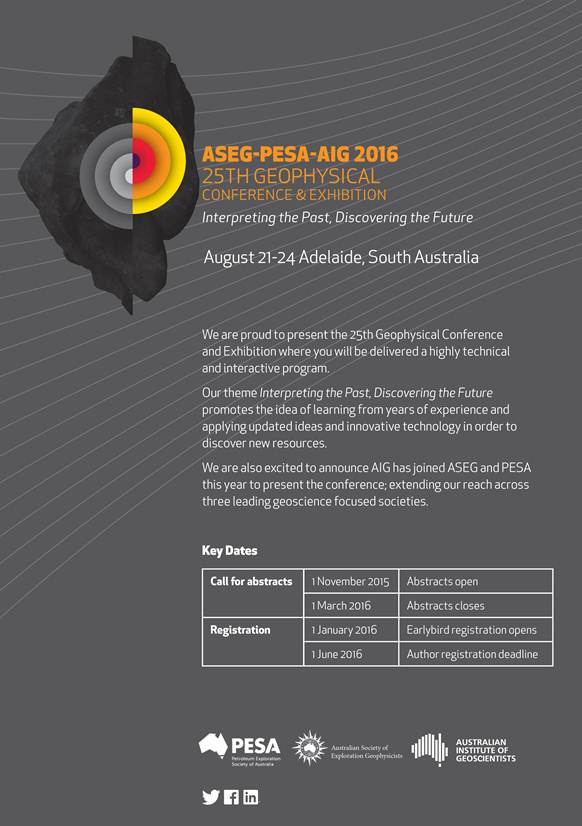 With exploration increasingly taking place ion areas with poor outcrop or under significant cover, the need for explorationists to obtain geological information from geophysical data has never been greater.

Intended for geoscientists working in the minerals industry, this 1 day symposium brings together industry and academic geoscientists who are world-leaders in the fields of practical geophysical data interpretation and integration of geoscientific datasets for mineral exploration applications.