At the end of last year, a nine-tonne block of Adelong Norite (aka black granite) was added to the National Rock Garden. This uncommon mafic igneous rock is from the historic gold mining town of Adelong in the Snowy Mountains region of southern New South Wales and was generously donated by Sheri McEvoy. The Adelong Norite has been mined as a decorative building and monumental stone from small quarries around the town, but these are now closed. However, several quarried blocks remain on private property near the quarries. The rock was used to stunning effect in the Qantas House building in Sydney, which opened in 1957. More recently it has been utilised by Australian artist Andreas Buisman to create evocative rock sculptures, including a beautiful polished boulder that rests on the grave of famous eye surgeon Fred Hollows in the western New South Wales town of Bourke. Andreas generously agreed to donate his own time to create two cameo sculptures on the NRG block and has offered to do further work on the piece.

The inauguration of the Adelong Norite took place on the 25th of November and was attended by 80 people, including special guests Andreas Buisman and Gabby Hollows (widow of Fred Hollows). The display was unveiled by Suzzane Orr MLA for the ACT Government. The National Rock Garden gratefully acknowledges Bendigo Bank Adelong and the Snowy Valleys Council for funding to transport the rock from Adelong to the NRG.

The National Rock Garden has also been fortunate to acquire its first iconic rock from an Australian territory. in the form of two magnificent blocks of Mawson Charnockite from Antarctica. These samples have been generously donated by the Australian Antarctic Division, who also arranged transport from Antarctica to Tasmania. The rocks recently arrived in Hobart after their shipping from Mawson by barge and the Aurora Australis. They are currently stored at the Mineral Resources Tasmania Core Storage Facility awaiting funding for transport to the NRG.

The Mawson Charnockite occurs around Mawson Station, one of Australia’s three research bases in Antarctica. Both the station and the rock are named after Sir Douglas Mawson, Australia’s most famous Antarctic explorer and a prominent geologist. The rock is described as a brown, gneissic charnockite with a slight to moderate foliation and numerous xenoliths.

The inspiration for including a sample of the Mawson Charnockite in the National Rock Garden came from the late Professor Patrick Quilty, a palaeontologist and geologist who was passionate about Antarctic geoscience and its promotion internationally. He made many research trips to Antarctica and was Chief Scientist with the Australian Antarctic Division from 1981 to 1999. Pat believed that a piece of Antarctica from Australia’s Antarctic Territory would be a fitting memorial to the work of Sir Douglas Mawson and other Australian geologists and scientists who have contributed to understanding the frozen continent. The rock also provides a reminder of the geological connections of Australia to the other southern continents as part of Gondwana.

The National Rock Garden acknowledges the Australian Antarctic Division for the donation of these samples and their transportation to Tasmania. The NRG Steering Committee also thanks Mineral Resources Tasmania for agreeing to safely store the rocks until they can be transported to Canberra.

CODES, the Centre for Ore Deposit and Earth Sciences formed in 1989 at the University of Tasmania. Over nearly three decades, the Centre has grown substantially and is now regarded widely as a global leader in ore deposit research.

This role is part of a research initiative being funded by the Queensland Government’s Strategic Resources Exploration Program. It is based at CODES, and the successful applicant will undertake geochemical investigations of ores and altered rocks from a variety of sediment-hosted base metal and iron-oxide copper-gold deposits in NW Queensland. The appointee will provide detailed characterisation and interpretations of the distal geochemical footprints to these major base metal resource.

The Tenth International Mining Geology Conference is only two weeks away.

The conference is being presented jointly by AusIMM and AIG in Hobart from 20-22 September. 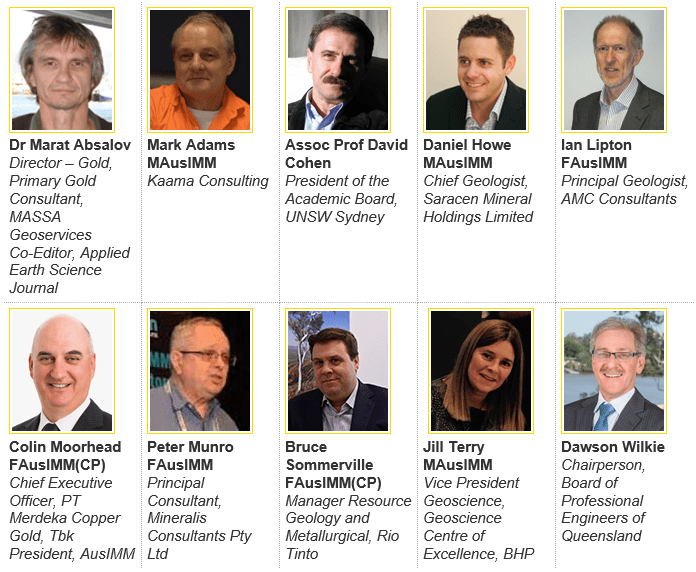