UNCOVER: A call for Australian governments to actively support a world-first initiative

Australian Institute of Geoscientists > Minerals and Energy Resources > UNCOVER: A call for Australian governments to actively support a world-first initiative 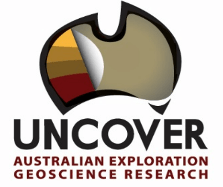 Australia’s Federal and State governments have a ‘once in a lifetime’ opportunity to invest in a world-first initiative to find the ‘next generation’ of hidden mineral deposits in Australia to sustain Australia’s high level of economic prosperity and resource security, the peak body for Australia’s 8000 geoscientists has urged.

Dr Shaw  warned, however, that significant increased and sustained long-term investment is needed now to ensure UNCOVER can deliver to its full potential.

Dr Shaw added that “investment in UNCOVER would enable Australia to stake its claim in the ‘next generation’ global mining boom, at a time when other countries are already acting to win more of the global exploration and production pie in many commodities, including those that will be needed for the production, storage and transmission of renewable energy”.

“The new high-quality mineral resource deposits needed to underpin Australia’s future wealth and resource security are currently largely hidden from us when using the existing surface-based exploration techniques…and without a step-change in new exploration technology and data acquisition they may never be located” Dr Shaw said.

“As we are exhausting our existing mines much more rapidly than we are finding new ones, it is critical that we find substantial new, quality, economic mineral deposits within 10 years. This is particularly crucial due to the long lead-time involved in large project development and turning new discoveries into revenue generating mining operations.”

“Failure to develop new major mines will have a huge impact on Australia’s resource security, economic prosperity, and high standard of living. As more and more of these new mineral deposits will be at depth, rather than found near the surface, new deep-mining techniques will also be required that are more efficient and socially acceptable. “Importantly, we don’t just need to find more of the ‘traditional’ minerals that have met society’s needs to-date — we must have the knowledge-base to help us explore successfully for whatever minerals our economy and export industries will need in the future. “In short, a step-change in the exploration approach will help us find ‘hidden’ deposits more quickly, to enhance our competitiveness. Australia cannot simply wait until production levels fall — the time to get into the ‘new search space’ is now. “That’s where the UNCOVER initiative comes in. “A global success story, UNCOVER’s whole-of-sector approach is already delivering significant results, filling the gaps in current geoscience research, exploration technology development, and new data acquisition and compilation work.

“AMIRA International, working with UNCOVER, has already developed Stage 1 of a science and technology Roadmap to get Australia from where we are currently to where we need to be in terms of finding new resource deposits, and it has been enormously successful in bringing together key stakeholders to start developing the required technology and geological datasets in the best possible timeframe” Dr Shaw said.

“Stage 2 of the Roadmap, again being undertaken by AMIRA International, is currently underway with wideranging support from industry, including exploration and mining companies, exploration and mining service providers, industry advocacy bodies, research organisations and the Federal, State and Territory geological surveys. “The AGC is urging the broader geoscience community to get involved with this next stage of the program, by contacting AMIRA International. “But UNCOVER’s future success will depend significantly on close engagement and ongoing investment by Australia’s Federal and State governments.

“We need to ensure that our all branches of government understand that UNCOVER will generate a much bigger (by orders of magnitude) return on investment to Australia’s taxpayers than the investment it requires.

“UNCOVER is not about putting forward a business case to help the mining and exploration industry — it is about sustaining and further building a strong future economy, and resource security, for Australia. As such, it is a business case for the future of Australia.

“Numerous other countries (like Canada, Brazil, India and Chile) have already realised that investing in ‘next era’ exploration research and geological data acquisition is a direct investment in their future wealth and resource security. “They have realised that big mining companies will vote with their feet and go where research and policy is most conducive to finding new resources most effectively and efficiently. “That these countries are putting significant funds into exploration geoscience research without demanding that industry matches those funds, is a clear indication that they understand this is an investment in their country’s economic future and not in the mining industry itself.

“We certainly appreciate the initial seed-funding that Federal and State government agencies have so far put into UNCOVER and the AMIRA Roadmap. “We hope the governments themselves will now reflect on the progress that UNCOVER is already making on behalf of Australia, and recognise the significant return that a more substantial investment in UNCOVER would deliver to Australia. “It would be great to see our governments getting right behind this great Australian success story at this critical juncture so our geoscientists can help secure Australia’s future prosperity.”

More information on UNCOVER can be found at www.uncoverminerals.org.au.