This question was the subject of a topical, joint GSA-AIG-AusIMM technical talk in Brisbane during July.  The meeting focussed on the situation in Queensland but many of the issues and ideas have national relevance.

Any geoscientist working in mineral exploration in Australia over the past few years will tell you that the sector has been doing it tough. Junior explorers have experienced di culties raising capital. There appears to have not been a lot of mid-tier to major company interest in exploration in recent years, with a few notable exceptions. The industry as a whole has faced a growing burden associated with gaining access to land in the form of long lead times between applying for exploration licences and having them granted, and a mountain of red tape associated with permitting for even very low- impact exploration activities. The latest Australian Geoscientist Employment Survey showed that the unemployment rate for geoscientists in exploration is two to three-times that of geoscientists working in other sectors of our profession.

Governments, state and federal, have tried numerous approaches, mostly centred around nancial support of exploration drilling or limited tax incentives to attempt to promote exploration investment. A further,
tax incentive based scheme was presented by Prime Minister Malcolm Turnbull in a speech to the Liberal Party Western Australia state conference only last weekend. To date, though, there’s not a lot of evidence to suggest that these schemes are having any real or lasting impact.  The proportion of each Australian state held under some form of exploration title has fallen steadily since 2011 according to information compiled by Doug Brewster, a Brisbane based AIG member. 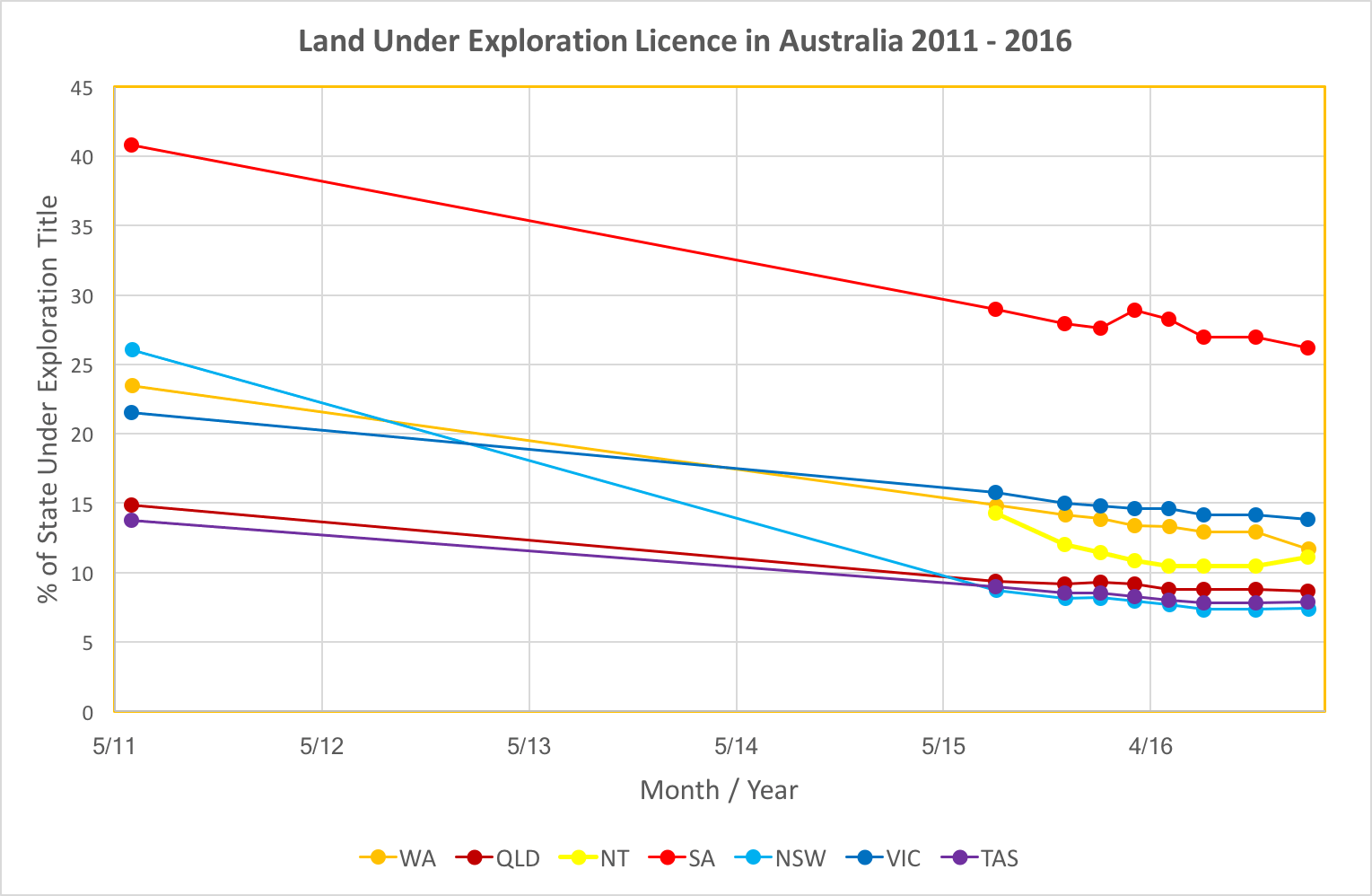 A survey has been established to harness the ideas and experience of geoscientists working in the exploration sector. Please take time to complete the survey and contribute your views and opinions.  The survey will remain open until 27th October.

You can also participate in the conversation via the AIG website, by posting comments here, and via the AIG Linkedin Group.