Download a copy of the DRAFT Minerals and Coal Reporting Guideline here.

The new Draft Guideline lists reporting requirements that are already mandatory under existing Regulation, as well as additional information tha can be supplied and is considered good practice to report.

Throughout April and May 2019, officers from the Geological Survey of Queensland will work closely with industry to collect feedback on the draft guideline and accompanying submission templates, and make adjustments as required.

Send your feedback about the DRAFT guideline and submission templates to: geological_info@dnrme.qld.gov.au

The Draft Guideline is an important step in enabling a future of data driven exploration, where decision making across all aspects of the mineral and coal sectors is aided by accurate, relevant, high quality data and information. Thank you for your ongoing support of the department’s work to modernise the collection of geoscience information and the reporting of activities in Queensland’s mineral and coal sectors.

This week’s commencement of the Mineral and Energy Resources (Common Provisions) Act 2014 (MERCPA) in Queensland comes after a long two-year wait since the Act was passed.

‘The Act includes a set of complex legislative amendments over a range of areas of resource legislation including land access and changes to the restricted land framework,’ Mr Roche said.

‘The Act also provides for a new coal and coal seam gas overlapping tenure framework in Queensland. This new framework will help unlock areas for optimal co-development and maximise the resources extracted on behalf of the state.

‘Many Queensland tenures are overlapping, including in the resource-rich Bowen Basin and today’s commencement of the Act will provide a process that reduces delay to get access to the ground and start activities.’

‘QRC has been working with its members on the new overlapping tenure framework for more than five years and without their ongoing support and commitment this new framework would not have been possible,’ Mr Roche said.

‘The Act also amends the land access process by placing an obligation on resource companies to register on title Conduct and Compensation Agreements made with landholders. QRC supports this amendment given it may allow people to be more informed about likely resource activity on the land.

‘The creation of an opt-out agreement is also a welcome initiative, after it was recommended through several previous reviews to offer another choice to parties that seek a flexible approach without removing the existing right to compensate for impacts.

‘The intent of the voluntary opt-out agreement is to simplify the process of two willing parties who wish to strike an agreement outside a structured regime.

‘Importantly the opt-out agreement includes a series of protections to ensure this new flexible option is not used in a way that disadvantages either party.’

An information sheet on the opt-out agreement has to be provided to the landholder and there is also a 10-day cooling off period.

The SEG Student Chapter at University of British Columbia have requested AIG publicise their upcoming field trip to Mongolia.

The trip will visit six major mineral deposits in Mongolia and include a presentation on the regional geology of Mongolia in collaboration with the National University of Mongolia, Ulaanbaatar, as well as a number of cultural activities.

The brochure for the trip is available here.  Contact the UBC SEG Student Chapter for more information – contact details are included in the brochure.

The latest version of ACARP Project C22017 – the “Borehole Data Standard for the Australian Coal Industry” (CoalLog) is now available to download and use.  The files available include the plotting symbols in various formats, standard seam and stratigraphy codes, as well as the “Geology and Geotechnical Training Manual”.

Updated dictionaries and logging sheets are provided with a full list of all modifications made since the first version released in 2012.  The updated Manual will be available soon with some additional description of the new features and a data entry template.

Files are available for free from the AusIMM website.

A video of the launch of version 2 can be viewed on the AIG YouTube channel. 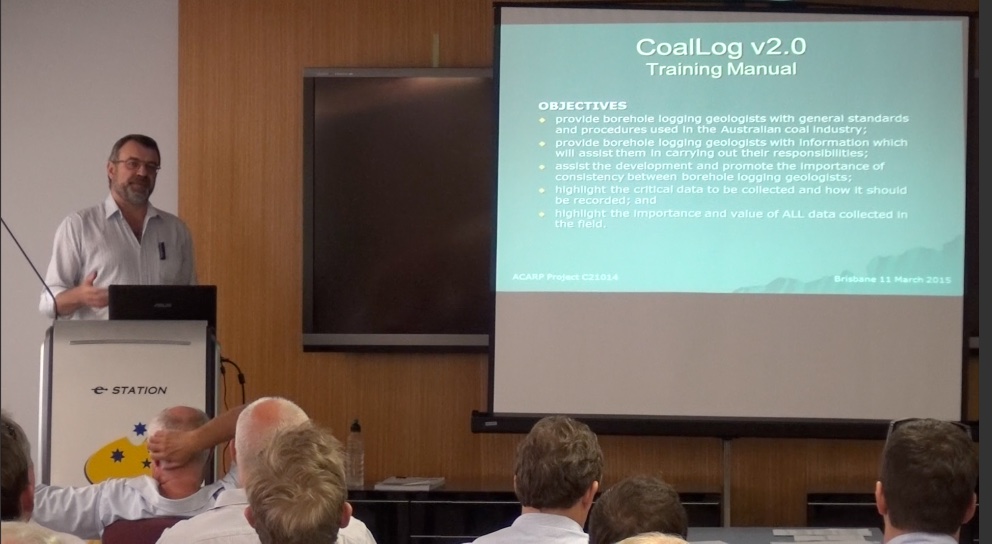