On this episode, we are joined by Sonia Scarselli, VP of BHP Xplor, a programme initiated by BHP that is dedicated to accelerating innovative, early-stage mineral exploration start-ups to find the critical resources necessary to drive the energy transition.

The BHP Explor Program is searching around the globe for the next generation of explorers that are ready to think about the earth’s minerals systems differently to unlock copper, nickel, and other critical mineral deposits.

Join us and let’s explore.

THIS EPISODE IS SPONSORED BY

How can something so fundamental to mineral exploration, like the nature of what constitutes a discovery, have such a poorly accepted industry-wide definition?

On this episode, we are joined by Scott Briscoe, and we try to understand what constitutes a discovery in mineral exploration.

Join us and let’s explore.

THIS EPISODE IS SPONSORED BY 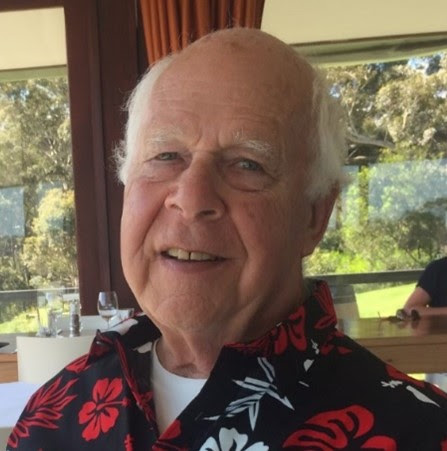 We sadly announce the passing of Dr Jack Hallberg, one of the ‘greats’ of Western Australian geology. Jack was a devoted husband, father and in recent times, grandfather, and was very well-known as a buyer and seller of a diverse range of collectibles – comics, baseball cards and most recently Pokemon cards.

But it is his contribution to geology of the Yilgarn Craton that places Jack in a category of his own. Jack arrived in Perth in 1967 as a young Stanford graduate with some field experience, and commenced a ‘nickel-boom’ PhD project on the basalts in the Eastern Goldfields region, in synch with Cory Williams, who studied the ultramafics. These studies advanced the understanding of the region and yielded not only a number of landmark joint papers but lifelong friendships. Mary Jo arrived from the US to marry Jack during these PhD years and has been his no.1 fan ever since. Mary Jo, along with Cory’s spouse Gwynn, were introduced to life with field geologists through spartan camping trips, always close to good rocks, and often with a broader gaggle of geologists, such as fellow post grad student, Max Bye.

One of Jack’s passions was rugby union and every winter Saturday, in the late 60’s and early 70’s, he and Mary Jo were fixtures at University of Western Australia rugby matches. Jack was a very capable prop and his affable personality transformed to being a ferocious competitor during the game. He and Mary Jo were a key part of an amazing group that remain in contact today. In legendary post-match celebrations, Jack was often asked about his accent and nationality. He explained that he was Canadian by marriage.

Jack joined CSIRO in 1971 and completed numerous small projects before embarking on a seven-year study of the Leonora-Laverton area. When CSIRO baulked at publishing this work, Jack, with support from exploration geologist Barry Fehlberg, ‘self published’ the work, which rapidly became a cornerstone for exploration and mapping studies in the region and remains so in the 2020s. This project lead Barry and Jack to form Hallberg Mapping Services and the compilation of at least 347 (!!!) 1:25,000 map sheets focused on the most productive greenstone belts in the Yilgarn Craton. But this was not just ‘mapping’. Jack’s keen eye, extensive knowledge of Archaean rocks, meticulous compilation skills and equally importantly his ‘hallmark’, always spartan, approach to (solo) field mapping, have made his maps an extraordinarily valuable resource for explorers. Jack retired from full-on mapping in the early 2000s, but maintained a connection to industry through conferences, courses and the occasional specialised mapping gig. He was ever keen to share his knowledge with others, particularly younger geologists. He maintained connections with teammates from UWA rugby club, and UWA classmates at annual re-union lunches.

We extend our deepest sympathies to Mary Jo, his loving spouse of over 50 years, their sons Russell and Jeffrey and their extended families.

A funeral service for Jack will be held in Albany on Wednesday Jan 25 and 2.30pm Western Standard Time, and will be streamed live.

The details and link for tributes can be found at HERE