A vast library of drill core and geological samples is now available at the $5 million expansion of the Exploration Data Centre (EDC) at Zillmere, officially opened by Minister Lynham last month.

The official opening attracted members of the Queensland Exploration Council, University of Queensland research students, media, contractors involved with the building and construction of the new facility, as well as Geological Survey of Queensland (GSQ) staff. 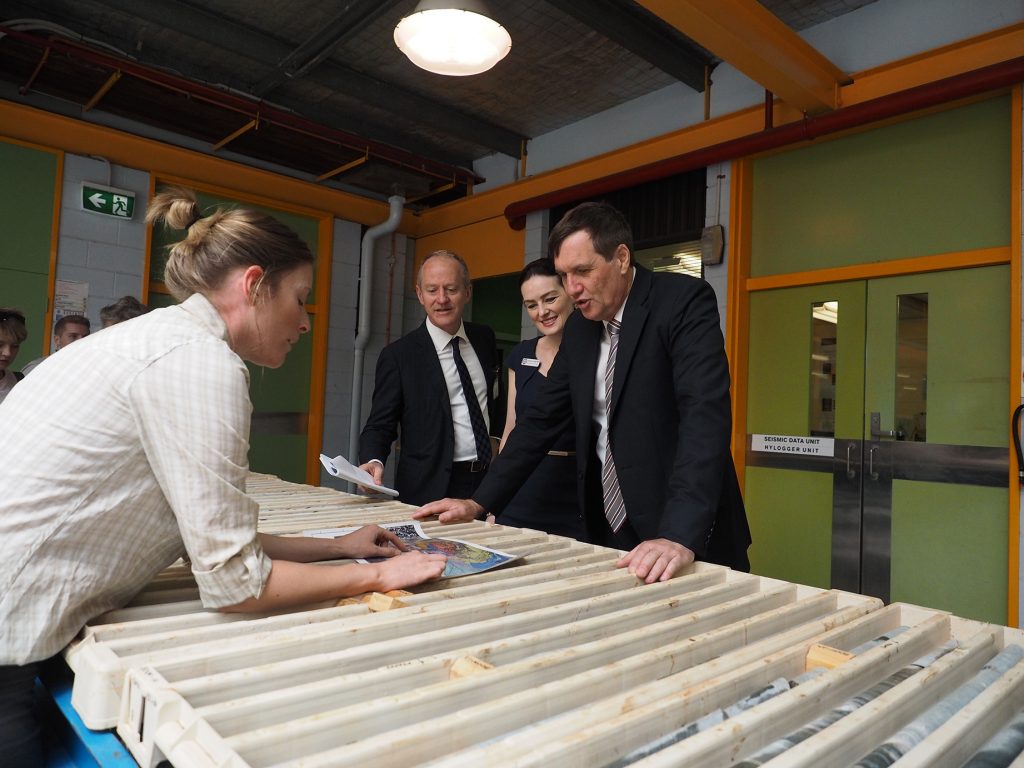 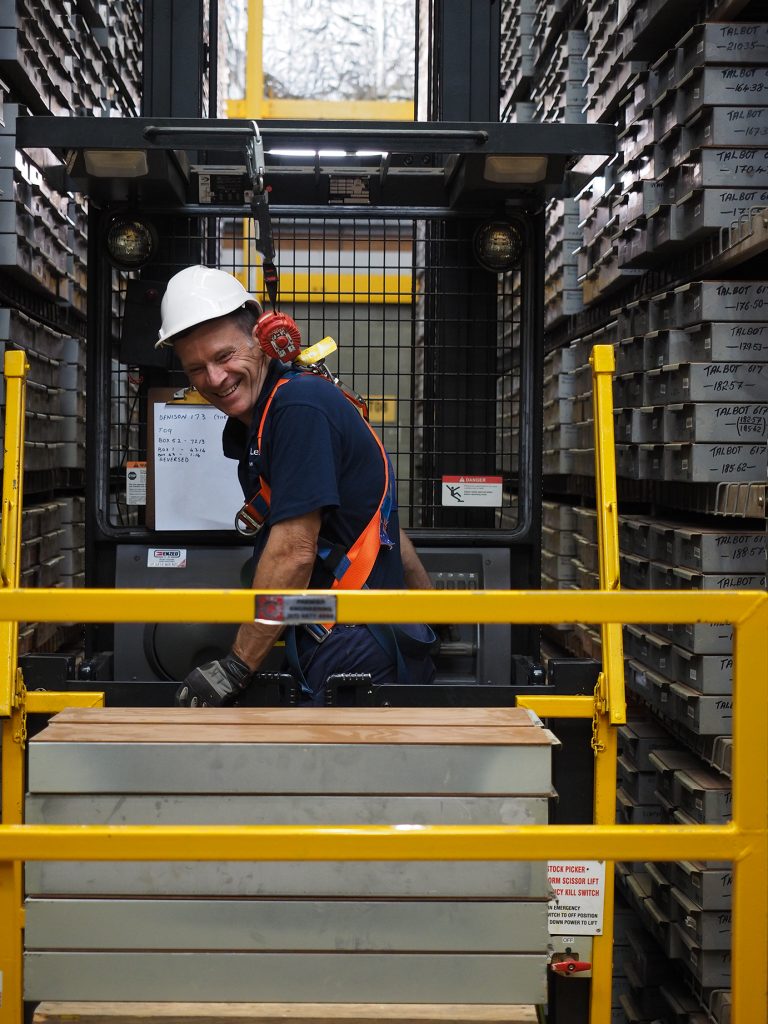 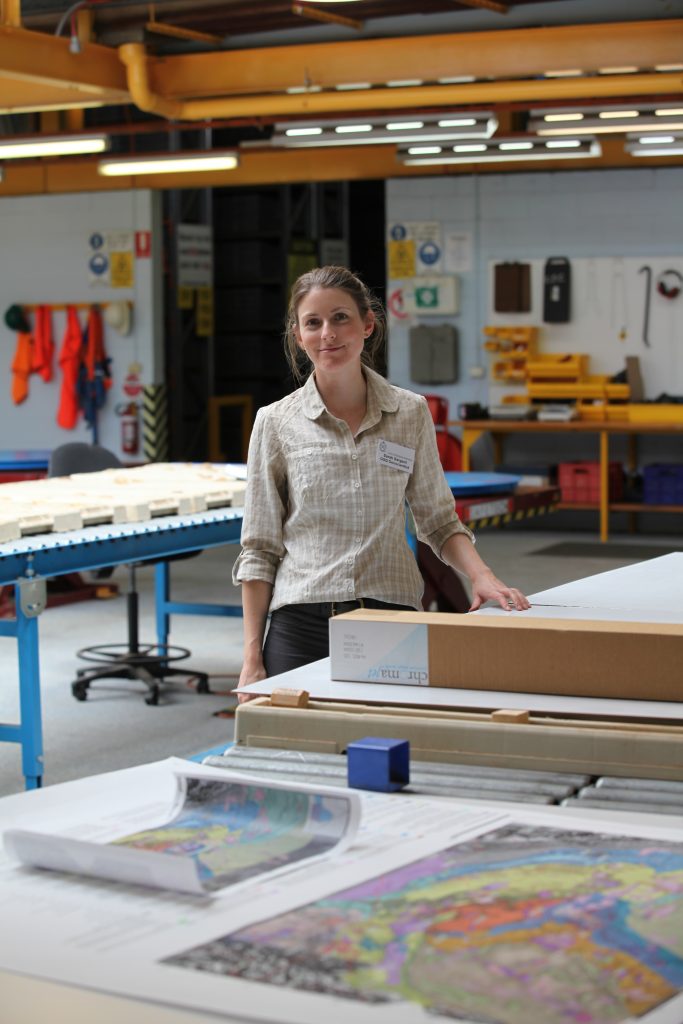 Geoscientist, Sarah Sargen, at the EDC.

The EDC provides access for industry and university researchers, explorers and government scientists (in support of the mining industry) to Queensland’s biggest “rock library” – a reference library containing extensive and significant geoscience information about Queensland. This will help in attracting exploration investors as they search for new mineral and energy deposits. Stored core, cuttings and samples can be examined in the EDC’s purpose-built, all-weather courtyard. 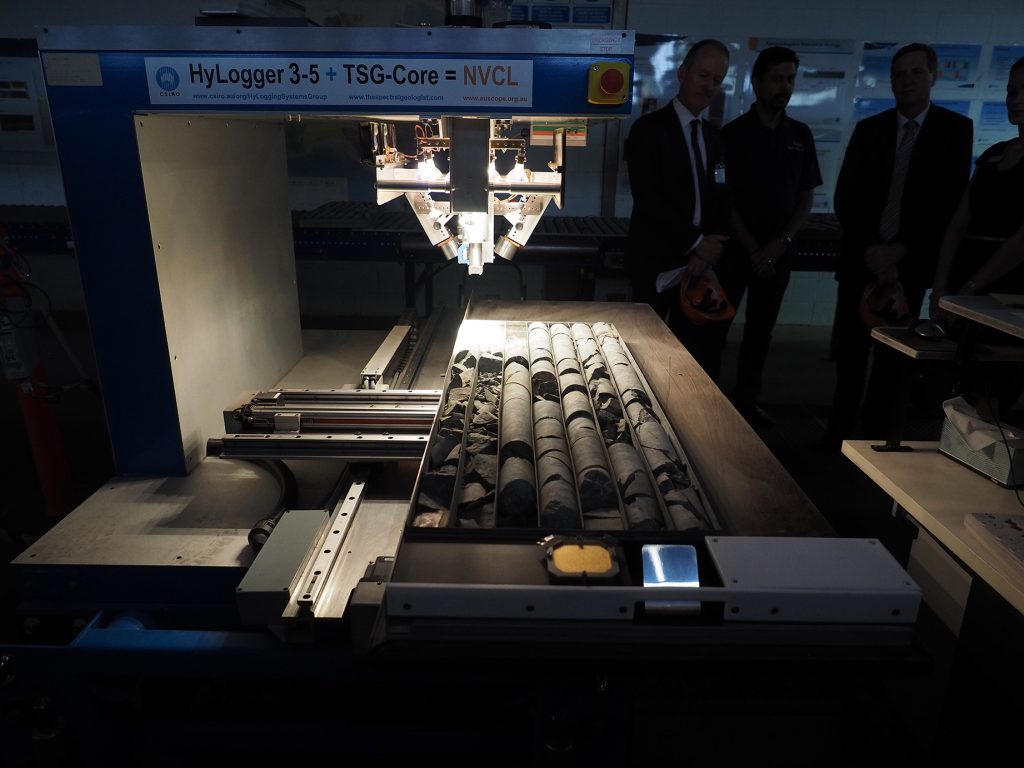 In the early 1950s, the EDC was established to store coal cores for the GSQ and in 1979 it was moved to Zillmere. These days, the EDC stores and preserves economically and scientifically valuable samples acquired through company and government exploration. For more information, contact Manager Exploration Data Centre Mark Livingstone. 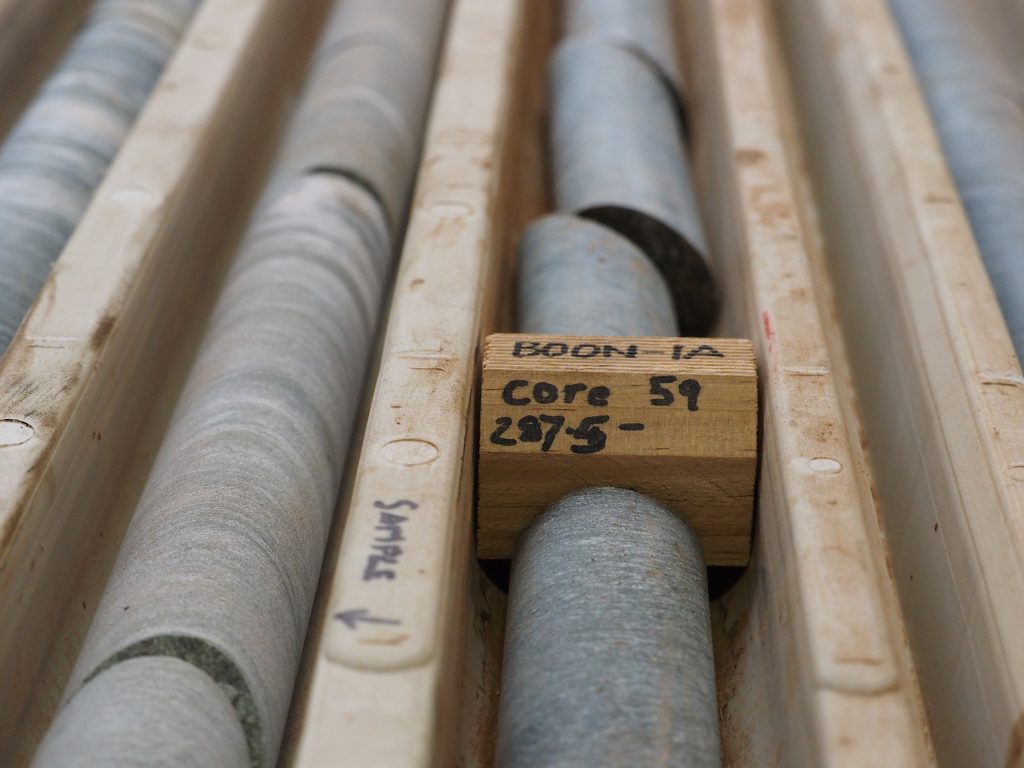 Drill core at the EDC. 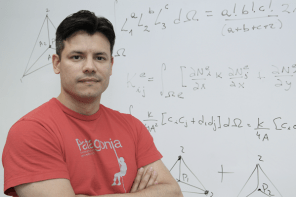 Geophysicist Associate Professor Juan Carlos Afonso from Macquarie University has been awarded the Anton Hales Medal by the Australian Academy of Science. The award is one of the highest honours in Australia in the Earth Sciences and recognises distinguished research contributions in the field.

Associate Professor Afonso said that it was an incredibly humbling experience to learn that he had received the award.

“When I found out I had been selected for the 2017 Anton Hales medal, two thoughts came immediately to my mind. First, I wanted to thank all the people that helped me during my career and therefore contributed to this achievement; this award is not only for me, but for all of them as well. Second, it made me reflect on my personal path to become a scientist and all the sacrifices I had to make. This sort of recognition makes it all worthwhile.”

The early-career award is offered by the Australian Academy of Science to researchers who are within 10 years of completing their PhD and are Australian residents or have conducted most of their research in Australia. Associate Professor Afonso, who originally hails from Argentina, received the award for his research exploring and improving our understanding of the internal constitution of the Earth and plate tectonics. His work has also received other prestigious international awards such as the Outstanding Young Scientist Award of the European Geoscience Union.

Deputy Vice-Chancellor (Research) Professor Sakkie Pretorius says that Afonso’s research into the mechanical and geochemical interactions that affect tectonic processes is a powerful example of research with global impact.

“As a world-leading research-intensive university, we have a responsibility to produce knowledge and solutions that help communities remain resilient in the face of natural disasters and long-term hazards. Associate Professor Afonso’s research is a prime example of this, having aided our understanding of the nuances of Earth’s tectonics and increasing our insights into the internal constitution and dynamics of the Earth’s interior.”

The Anton Hales Medal honours the contributions of the late Professor Anton L Hales FAA to the Earth Sciences, and Associate Professor Afonso believes that he is in good company – both past and present – in Australia with so many accomplished Earth Scientists within our borders.

“It is such a great honour to be acknowledged by your peers, especially when there are so many great Earth scientists in Australia. I also feel that it does not really matter where you come from or how difficult the path is, if you are really passionate about something (and stubborn enough), you can do well,” Associate Professor Afonso concluded.

More information about the Australian Academy of Science’s Anton Hales Medal can be found at this link.

Access to Land: Is a new class of exploration permit needed?

Access to land is critical for exploration.  Delays in securing title, however, are becoming recognised globally as an impediment to exploration.  Is a new class of exploration permit, able to be granted and relinquished quickly, providing explorers the ability to conduct non-disturbing, reconnaissance work only, a means of getting “boots on ground” more quickly and at lower cost?

Could the following work:

Rapid access to land could boost exploration productivity.  Advances in exploration technology such as hand held XRF analyses and UAV-based mapping and geophysical data collection systems have been game changing in how data can be collected for analysis.

Do they help to make this a practical option for facilitating technically and cost effective reconnaissance exploration?

Join the discussion by leaving a comment on this page or visit the AIG Linkedin group.

Queensland’s resources exploration industry now has access to more information thanks to a $5 million expansion of the Queensland Government’s Exploration Data Centre (EDC) at Zillmere on Brisbane’s north side. 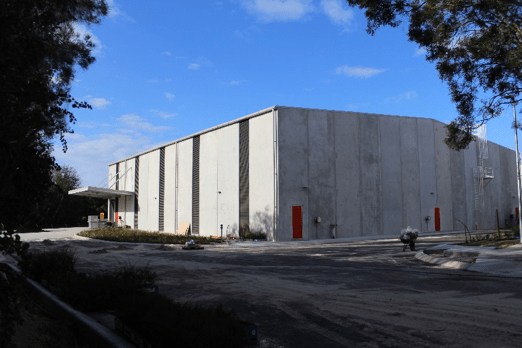 The expansion will provide greater access and storage capacity for exploration samples from throughout Queensland, adding to the 800-plus kilometres of core samples currently stored at the facility. 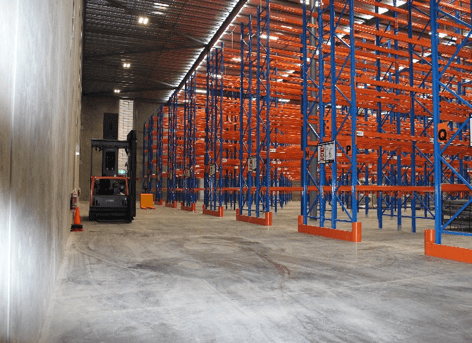 The Exploration Data Centre offers the resources exploration industry a comprehensive catalogue of samples from over 11,600 drill holes collected by the Geological Survey of Queensland over the last 100 years, with the oldest being from the Mitchell town bore drilled in 1886.

This new expansion will provide storage for an estimated 500 km of additional samples, complementing the Geological Survey of Queensland’s (GSQ) HyLoggerTM digital spectral scanning technology which provides the exploration industry with access to a virtual core library. 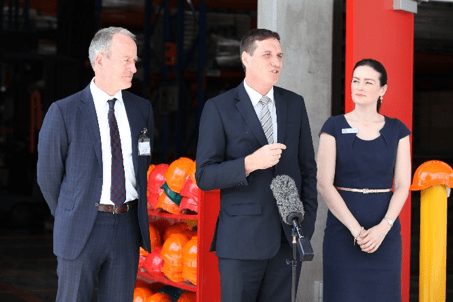 The new facility was constructed by Northbuild Constructions Queensland and built over 8 months, creating more than 100 jobs for designers, engineers and contractors.

The expansion of this facility gives industry, universities, researchers and Government scientists even greater access to a reference collection of the geology of Queensland. 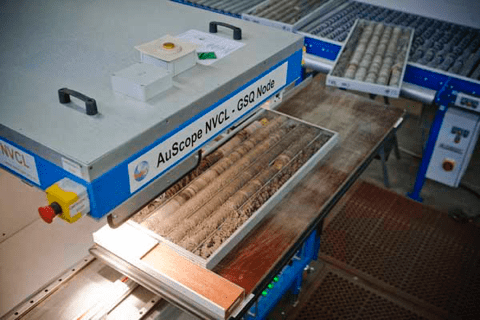 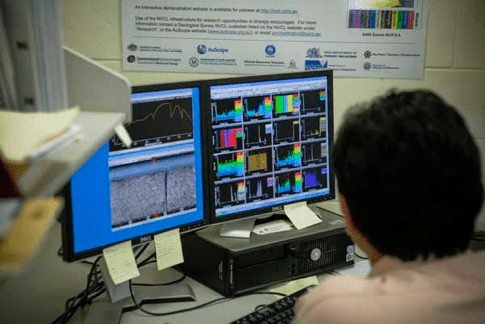 Click here for more information about the EDC and the services available to support exploration in Queensland through the centre.

What’s happening in your state this Christmas? 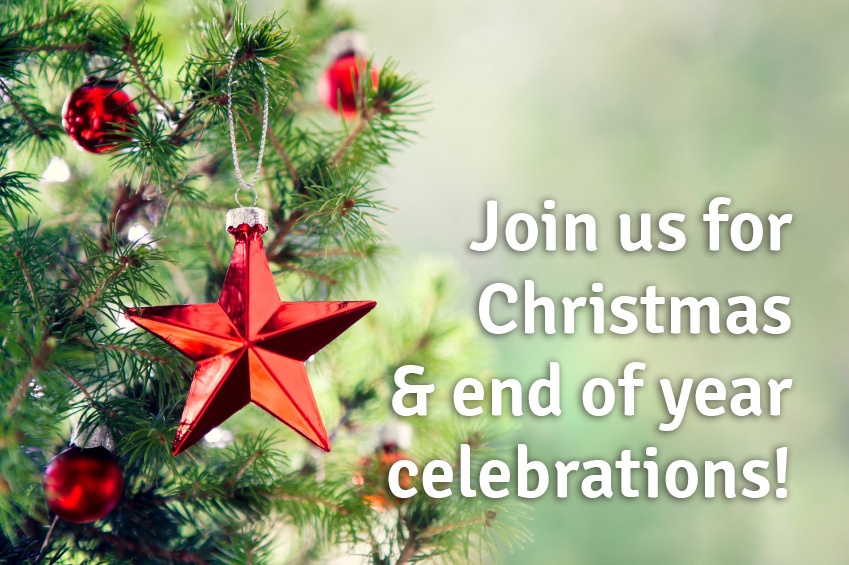 Join your local state branch for their annual Christmas and end of year celebrations!

Feast on gourmet food and sip on wine aboard the ‘Proclaim’!
Friday 16th December 2016
Boarding at McMahons Point Wharf 12.50pm
Register at www.smedg.org.au/smedg-david-timms-christmas-cruise-2016

We look forward to seeing you there! 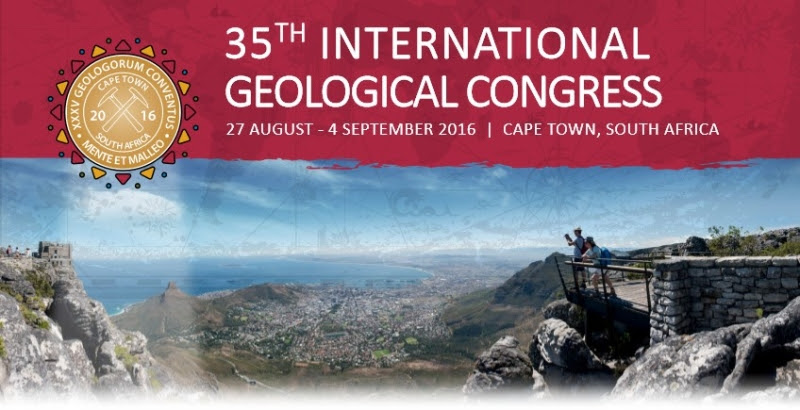 With the dust having almost settled and all the post congress field trips now complete, we have had some time to reflect on 35th IGC. Although it was inevitable that there would be some challenges in managing an event of this magnitude and complexity, the overwhelming sentiment express by Prof. Roland Oberhänsli and the IUGS team; as well as from many delegates and accompanying persons has been that the congress was an overwhelming success.

This success has been largely due to the commitment and hard work of the Local Organising Committee coupled with guidance from the 35th IGC Foundation Board. We had a wonderful team and are very proud of their efforts, which were instrumental in us being able to stage such a world class event. The invaluable support of our sponsors was also a crucial factor in ensuring the success of the 35th IGC and we extend our sincere thanks to them for their unwavering commitment.

Employment prospects for Australian geoscientists continue to improve, albeit slowly

Employment prospects for Australia’s professional geoscientists continued to improve gradually in the three months between 30th June and 30th September 2016.

The picture emerged in results of the latest quarterly survey by the Australian Institute of Geoscientists (AIG) in which respondents provided information about their employment prospects during the September quarter of 2016. 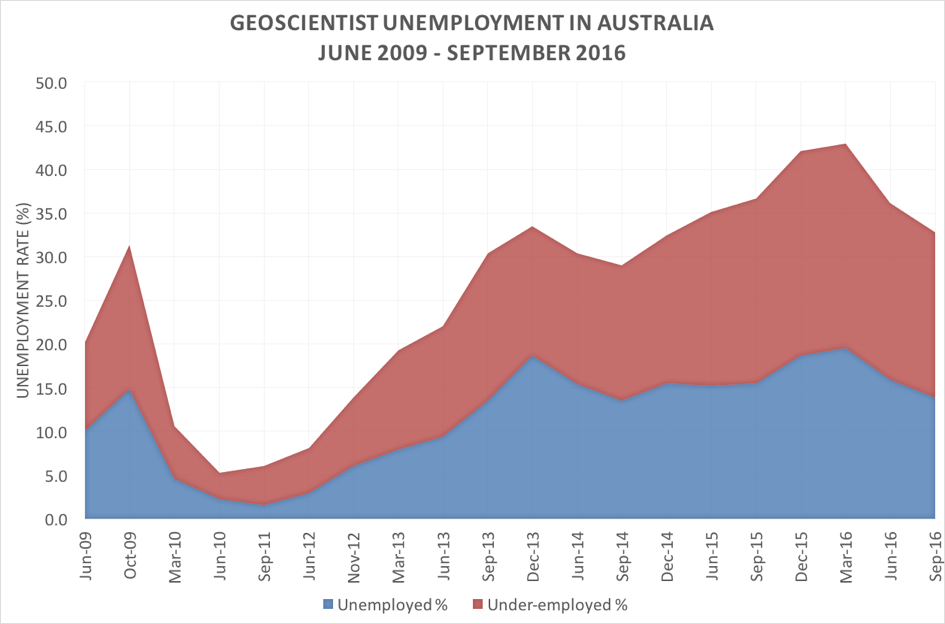 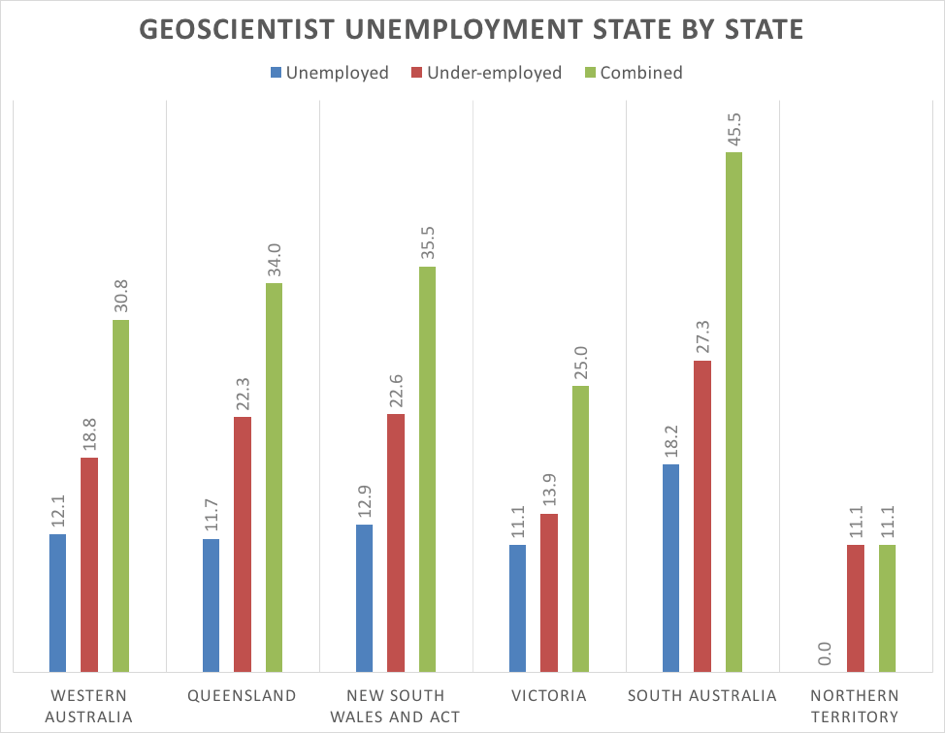 Figure 3.  Changes in state unemployment and underemployment during Q1 2016

Some 48% of unemployed and under-employed geoscientists said that they were not confident of regaining their desired level of employment within the next 12 months.

More than 80% of unemployed and under-employed geoscientists were seeking to return to their profession when circumstances permit, while 5% were looking to leave their profession and seek employment in another field. 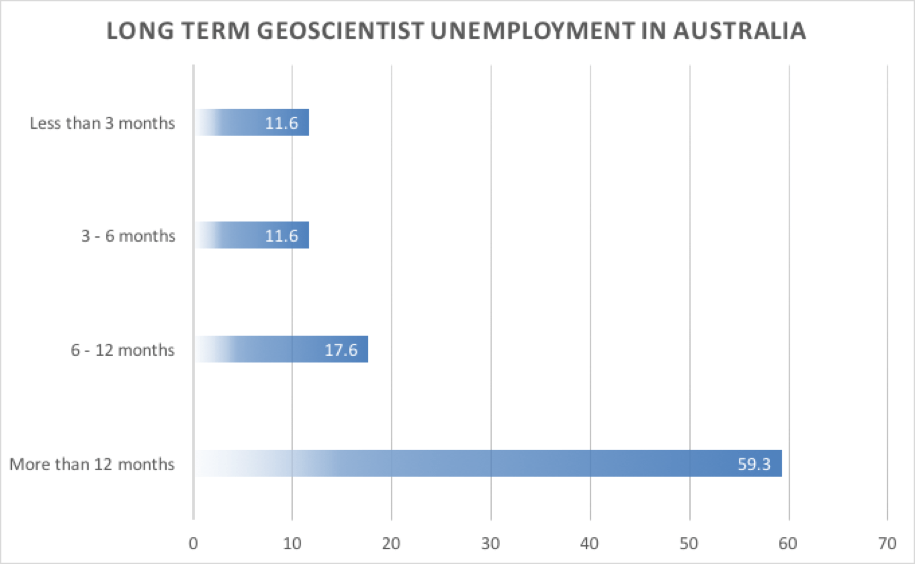 Almost 64% of survey respondents worked, or are seeking work in exploration and mining.  A further 14% work in metalliferous mining, and almost five percent in energy resource exploration and production.   Almost six percent of Australian geoscientists now work in engineering, environmental and groundwater resource management geology.  About 4.5% of Australian geoscientists work in government roles.

For the first time, the survey asked respondents to state their gender.  About 84% of respondents were male, 16% female.  The unemployment rate amongst female geoscientists was 9.4% and the underemployment rate 15.9% (compared with 13.9% and 18.9% respectively for the profession generally).  Figure 5, presenting years of experience for geoscientists in Australia by gender, shows that women are best represented amongst geoscientists with less than 15 years experience.

This trend potentially reflects more women taking up geoscience as a career over the last 15 years than previously.

Figure 5 also suggests that Australia’s geoscientists are ageing, with 25% to 30% having 30 years or more experience, who would be in their early to mid-fifties and within 10 to 15 years of retirement.  This poses a challenge for the profession in ensuring that skills and experience amassed by more experienced geoscientists are passed on to early career professionals, something which AIG is addressing in a structured and considered manner through an evolving, formal mentoring program in which all members are able to participate as either mentors or mentees. 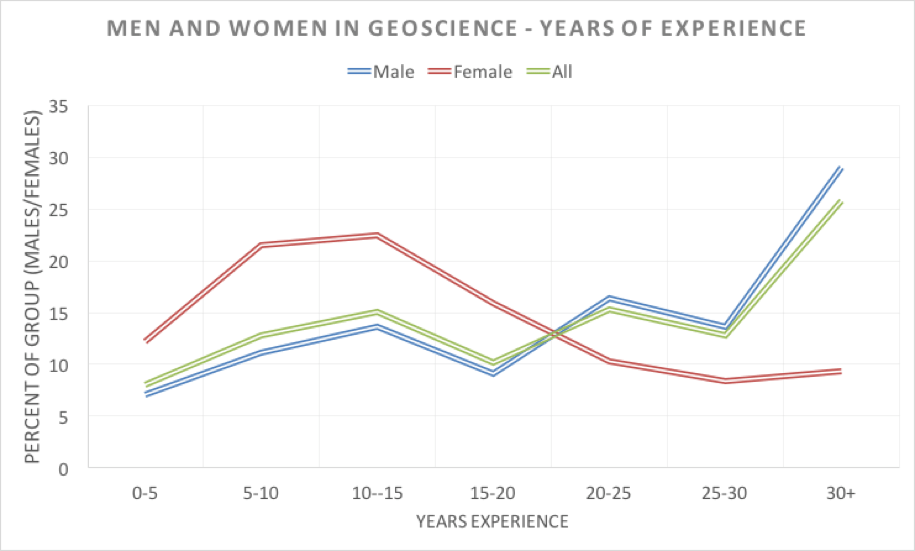 “Two successive quarters of improved employment prospects for geoscientists in Australia is most welcome” said AIG Council member Andrew Waltho. “We haven’t seen that since September 2014 but Australia’s geoscientists are far from out of the woods as far as employment is concerned”.  “There has ben growing anecdotal evidence that the situation for geoscientists has been improving as the exploration and mining sectors recover from what has been a prolonged and damaging downturn”. “The impacts of recent commodities prices probably came too late to be reflected in this survey but we will be keenly watching the results of the next survey in December” Mr Waltho said.  “These results still show uncertainty in the sector, with decreases in unemployment being matched by increases in under-employment for self-employed geoscientists in most states”.  “Any improvement in the employment situation is most welcome” Mr Waltho said.

“Well over 85% of Australian geoscientists work in minerals and energy exploration, mining and production – every metal used by society, coal, natural gas, oil, uranium and a wide range of industrial minerals used in an incredibly broad range of applications from making concrete to production of fertilisers and food processing”.  “Australia needs a productive resources sector”.  “Geoscientists possess the core skills to make this a reality” Mr Waltho said.  “There have been some tangible programs to promote exploration in several states, included initiatives that subsidise drilling to test new concepts and targets, releases of prospective land and the introduction of new mineralogical analysis technologies in core libraries, all of which play a role in attracting exploration investment” Mr Waltho said.  “What we haven’t seen, however, is real progress on streamlining both tenement acquisition and relinquishment processes which are key to ensuring investment in mining and exploration is used productively”.  “Gaining access to land in a timely manner is critical, particularly for junior explorers who are regarded by many as the “innovation factory” in Australian exploration” Mr Waltho said.  “Right or wrong, discoveries are made by testing targets which is what’s sorely needed now”.

The survey received 766 responses (more than one in ten geoscientists in Australia).