Welcome to the New AIG News

Welcome to the New AIG News 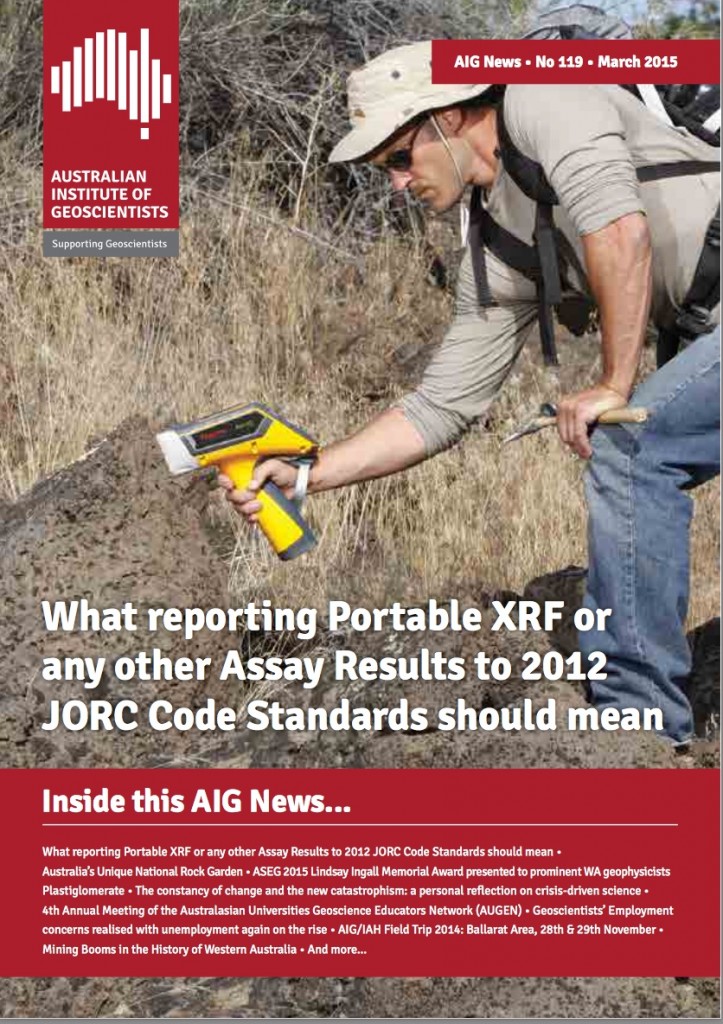 AIG News has a completely new look, a new editor, and a totally revamped, full colour, magazine-style format designed to appeal to readers, contributors and advertisers alike.  Each issue will continue to include a mixture of Institute news, topical and short technical articles.  The design of AIG News will evolve over the next few issues, including taking advantage of electronic publication to access additional content, including videos and other media.

To help introduce the new AIG News, this issue is available to all members and interested geoscientists in Australia and throughout the world.

Non-members will also be able to purchase an annual subscription or individual copies of AIG News as either an electronic download or as a full colour, print publication.  Members will also be able to purchase full colour print copies of the magazine on an individual issue or subscription basis.  Each edition will be available as both a high-resolution PDF, designed for printing or a low-resolution PDF designed for reading on- or off-line using the Acrobat reader, iBooks, or other e-book software on a laptop or tablet.

AIG’s new editor, Fiona Makin, is a geoscientist, a member of AIG’s Victoria Branch committee and the owner of MRGraphics, an electronic media, graphics design and publishing company based in the Victorian goldfields.  Fiona is assisted by Wency Luong, a talented graphics designer and a software support team.  Fiona and her team are looking into options for including a wider range of media in future editions of AIG News to enhance the delivery of news and information to members, while retaining the ability to produce AIG News in print form if required.

AIG News will continue to be published on a quarterly basis, in February, May, August and November.

Advertisers can now take advantage of AIG News’ electronic format to link advertisements to their web sites or other information regarding their events, products and services.  Potential contributors and advertisers should contact Fiona for more information.

We hope that you enjoy the new AIG News and welcome feedback.

To be considered for this grant, you will be required to submit a poster presentation or talk abstract to the SEG by midnight on April 1, 2015.  Once you have received notification from the SEG that your abstract has been accepted and you have registered to attend, you can apply to the AIG WA Branch by email.

Your application should include a copy of your abstract, acceptance and registration information, and full contact details.

Applications should reach AIG’s WA Branch committee by 31 May 2015.  The successful applicants will be notified 30 June 2015.

Are you attending Big Data, Inspiring Information and Strategic Knowledge this week (23 March)?  If not, there’s still time to register and if you are, your extended abstracts volume is available here.

The abstracts volumes are password protected.  Passwords will be sent with your registration details, or contact the conference organisers.

Thanks to our sponsors who have generously supported this event.

What we learned from the highly successful period of exploration 1950 to 1999, with implications for the challenges of the future.

The Australian Institute of Geoscientists (AIG) and sponsors are pleased to announce the Yilgarn Retrospective, a two-day symposium to be held in Perth on March 30-31, 2015.

The Yilgarn Craton (Western Australia) in the second half of the 20th century witnessed a transformative period in the resources industry which included the discovery and successful exploitation of a new deposit type (komatiite-hosted nickel sulphide), a massive boom in exploration and mining of Archaean lode gold, and developments in a number of other commodities. The Yilgarn has a world-class endowment in nickel, gold, bauxite and tantalum, and significant iron ore, uranium and copper-lead-zinc– silver deposits. By 1999, twenty million tonnes of nickel were identified, and the gold inventory rose in 20 years from 4 million ounces to 100 million ounces, despite the mining of about 100 million ounces over the same period. Nickel production reached 170,000 tonnes per annum and gold production was ~6.5 million ounces per annum. Western Australia was converted from a small economy based on agriculture to the world’s mining powerhouse. These commercial successes spawned research yielding new deposit models, a new appreciation of the regolith that blankets the Yilgarn and the tools to work beneath that regolith. This two- day symposium will look at the who, why and how of this momentous era 1950 to 1999. The meeting will review the importance of what we have learned from this highly successful period, with implications to the challenges of the future, and be an acknowledgement of the achievements of teams and individuals, some of whom are no longer with us.

The Yilgarn Craton is the large southern part of Western Australia including the gold mines from Norseman, Kalgoorlie to Wiluna, Meekatharra and Boddington, nickel from Ravensthorpe to Kambalda and Leinster, bauxite (aluminum) ores in the Darling Range, copper-zinc at Golden Grove, tantalum at Greenbushes, iron ore at Koolyanobbing, and uranium at Yeelirrie. 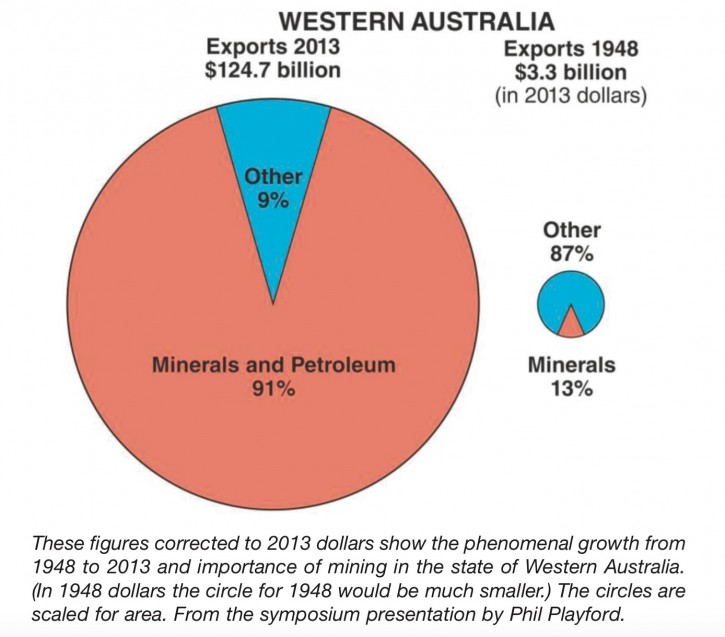 This meeting brings together a remarkable group of players from industry, academia and government who contributed to the success of this era. Speakers with an industry focus include Roy Woodall, Jeff Gresham, Ron Manners, Neil Phillips, Dennis Gee, Colin Agnew, John Chappell and Jim Ross, those with a government focus Tim Griffin, Phil Playford, John Bunting, Ray Smith, Megan Clark and Stephen Wyche, prospector Clive Daw, consultants Tom Bateman, Jack Hallberg and David Isles, and from academia Mike Lesher, Simon Wilde, Neal McNaughton, Ray Binns and David Groves. Speakers will look at what mattered most to shape the discovery record, and address the question of how to apply these concepts to ensure future exploration success.

Attending the conference?  You can download a copy of the abstracts volume here.  The volume is password protected – delegates will be sent the password with their registration confirmation. 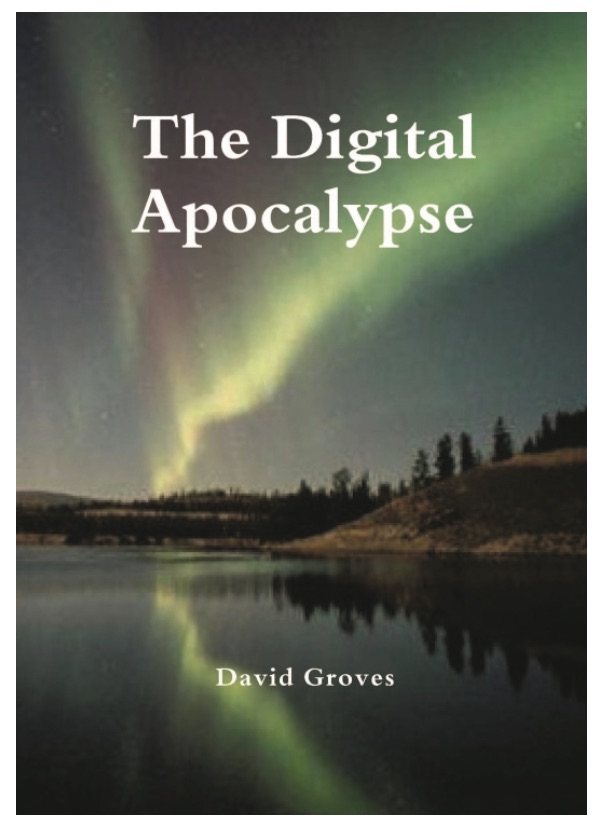 David Groves, well known Australian geoscientist and a former Director of the centres that preceded the Centre for Exploration Targeting (CET), and a co-founder of CET, has adapted his skills to writing novels.

His first commercially published book, The Digital Apocalypse, deals with many of the issues of contemporary society through the experiences of its main characters:

The book flyer depicts the book’s cover and gives a brief outline of the plot in terms of the main characters.  Click here for more information about the publisher.

David is happy to personally sign any books purchased and left at the CET office for his attention.

CET and AIG is distributing this message to help David connect to his many friends and colleagues in CET and former Centres.  AIG, CET nor UWA necessarily agree with, or take responsibility for, the opinions expressed by any of the fictional characters in the book.

The 13 minute video depicts triple tube core drilling, then a new technology, but used widely today for minimising core disturbance and maximising core recovery.  The video provides an interesting perspective on how the industry has changed over the past 50 years.

The video may be viewed via the Boart Longyear web site or YouTube.

The AusIMM Geoscience Society and AIG have concerns that with the sustained downturn many recent graduates in geoscience who are not able to find work will give up on the industry and seek work in other sectors.

A pilot program is being developed to directly assist graduate geoscientist members who have not found work or had any relevant industry experience. The concept is to develop and deliver a 2 week training course to assist their skills development and provide experience and understanding of data collection and management, interpretation and modelling.

Support has been obtained by the Geological Survey of Queensland to gain access to their Brisbane Core Library in Zillmere at no cost to undertake a 5 day logging exercise on core at the facility followed by another 5 days of data management and 3D modelling.

It is intended to source local experienced geoscientists to assist with this training and open it at no / nominal cost to unemployed graduate / student AusIMM and AIG members.

CoalLog V2.0 is here – find out about the latest developments in Brisbane next Wednesday, 11 March 2015.

Find out more at the seminar and stay around for drinks afterwards.

AIG is planning to record a video of this presentation for the benefit of members unable to attend this talk in Brisbane.  The video will be available via AIG’s YouTube channel.