Perth based Digirock Exploration Geologists each year distribute a list of university students seeking vacation employment to their extensive list of clients. 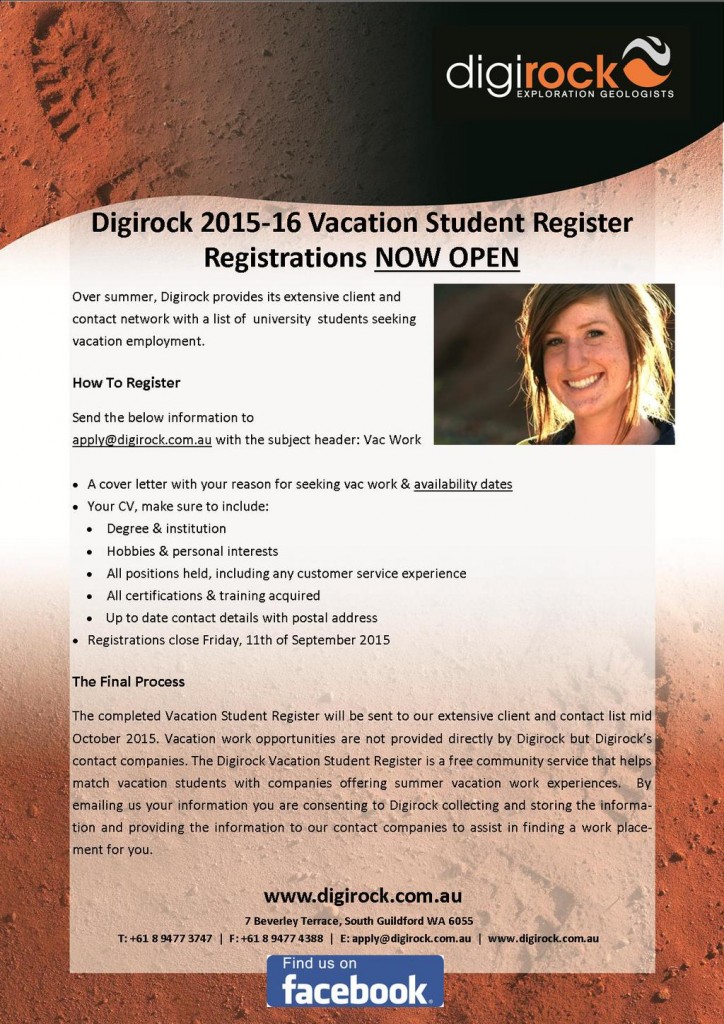 AIG commends Digirock for their support of the next generation of Australian geoscientists.

AIG has established a new Member Advantage program to provide AIG members with benefits from collective buying of goods and services.

These services are free to use at any time and can be accessed by phone (1300 853 352) or via the AIG Member Advantage website. 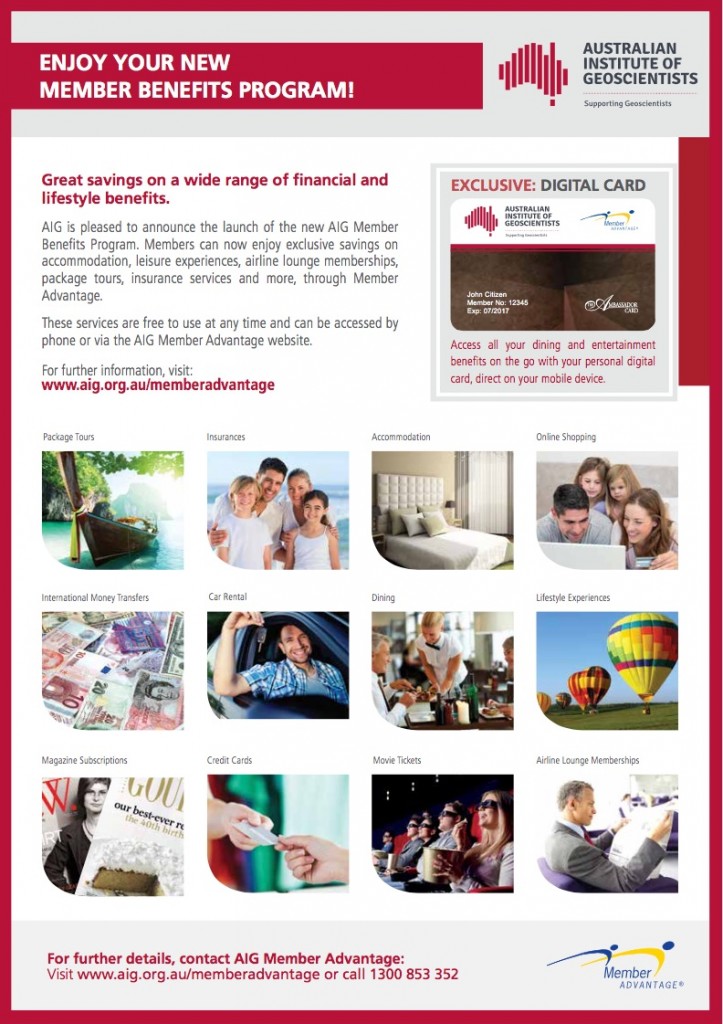 The release of the latest AIG Australian Geoscientist Employment Survey results sparked a number of emails and letters from members with accounts of foreign geoscientists working in Australia at a time of high under- and unemployment for geoscientists who are Australian citizens or permanent residents.

Could this be the case?

What is commonly referred to as a “457 visa” is more formally known as a Temporary Work (Skilled) visa (subclass 457).  These visas allow skilled workers to travel to Australia to work in their nominated occupation for their approved sponsor for up to four years.

Applicants must be sponsored by an approved business.

According to the Department of Immigration and Border Protection, a business can only sponsor someone for this visa if they cannot find an Australian citizen or permanent resident to do the skilled work.  Applicants may be either in Australia or overseas when they lodge their visa application.

Labour market testing (LMT) in the Subclass 457 visa programme commenced on 23 November 2013.  Business sponsors must provide information with any nomination about their attempts to recruit Australian workers and how they have determined on the basis of these attempts that there is no suitably qualified and experienced Australian citizen, Australian permanent resident or eligible temporary visa holder available to fill the position.

LMT does not apply where it would conflict with Australia’s international trade obligations, which include:

There are, however, a number of occupations that are not exempt from LMT.  Relevant occupations to exploration and mining include:

Geoscientists, geologists and geophysicists are notable omissions from this list. LMT should, however, apply for all but senior management roles in which geoscientists may be employed.

A matter of timing?

Many overseas geoscientists were sponsored to work in Australia during the “mining boom” (March 2010 to December 2012) when geoscientist unemployment fell below 5%.  Current 457 visa holders who came to Australia towards the end of the boom may have 12 to 18 months remaining on visas issued for four years at that time. 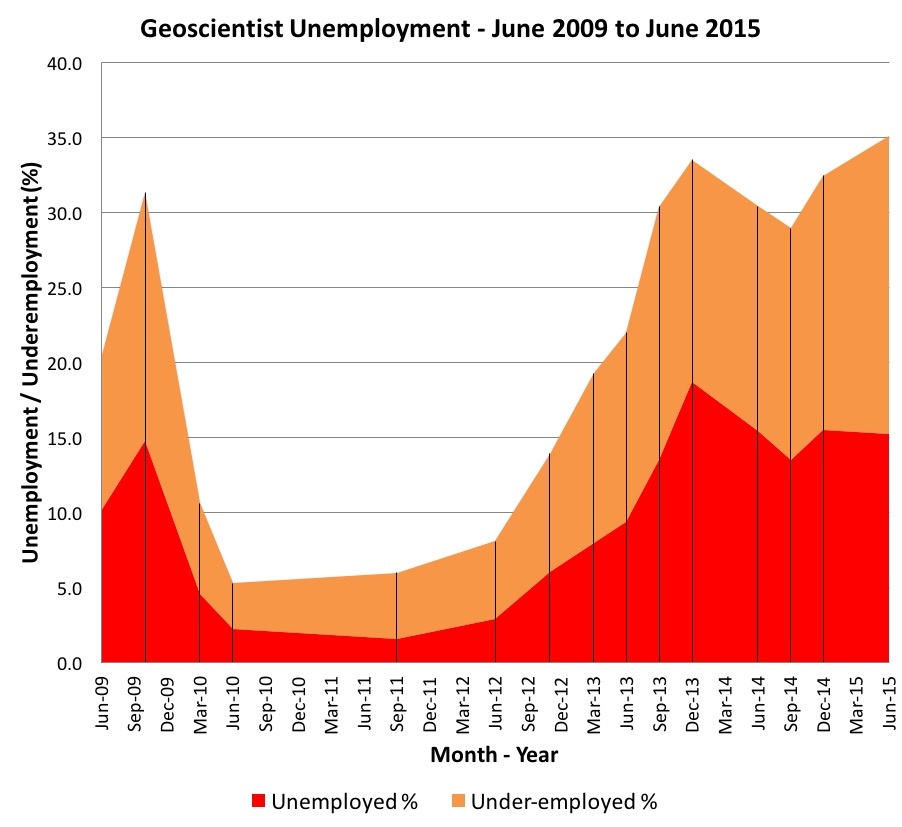 What’s happened since then?

If the programme is operating as intended, LMT should prevent all but Executives and Senior Managers in geoscience occupations from entering Australia under the programme.

The accounts that AIG has received suggest that this may not be the case, but how would the Department interpret a 457 visa applicant being described as a “Principal” or “Chief” geoscientist?  It’s clearly not black and white.

What could and should be done?

There have been, and in the future will be times when overseas geoscientists will be needed to work in Australia and the 457 visa programme effectively facilitates this.  There appears, however, a strong case to be made for:

The employment survey results appear to be widely accepted as a measure of geoscientist employment.  It’s hard to imagine a case where, with 15% unemployment and 20% under-employment that a suitably qualified and experienced resident geoscientist could not be found to fill roles for which sponsorship of a 457 visa holder is proposed, unless the roles are described as Executive or Senior Manager positions.

What’s your view?  Do you have any suggestions for other approaches to the issue?

Join this discussion via the AIG Linkedin Group or leave a comment on the AIG web site. 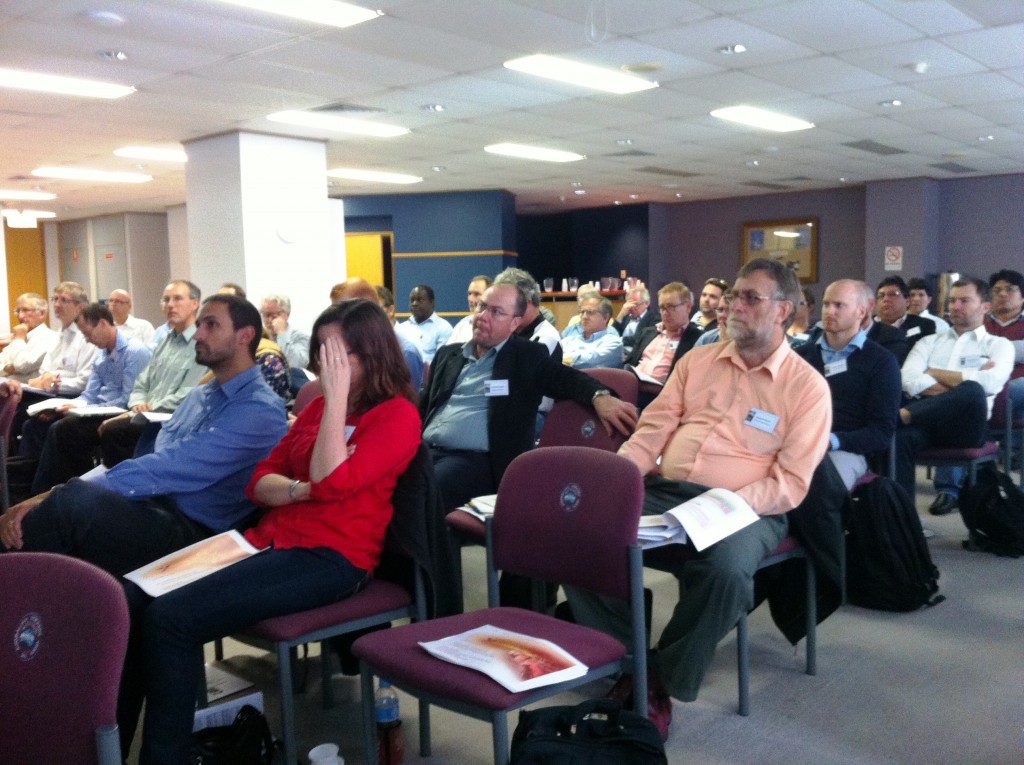 Some great presentations covered a wide range of issues faced by geoscientists involved in resource estimation, and, particularly, acting as a Competent Person in compliance with the JORC Code.

The seminar also provided a great networking opportunity and plenty of opportunities to discuss issues facing our profession.

The presentations from the seminar are now available for reference on the AIG web site.

ESWA was named the Chevron Science Engagement Initiative of the Year at the Premier’s Science Awards ceremony. 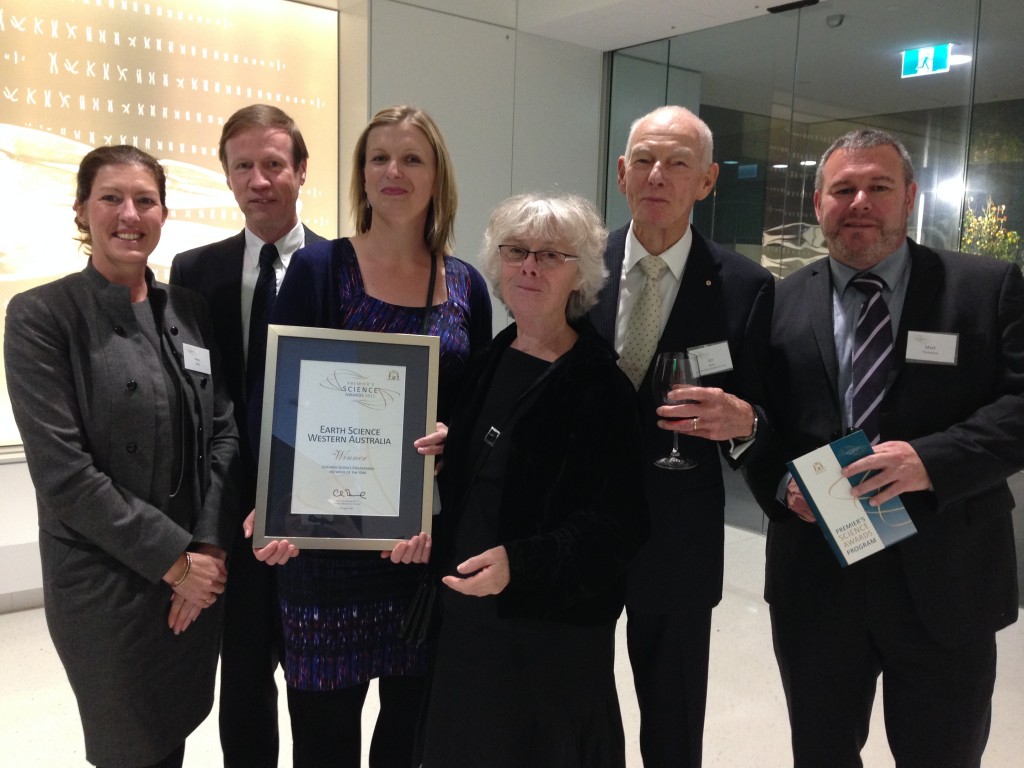 The ESWA board expressed thanks to all of the individuals and organisations that helped to make this possible.

Congratulations for a well deserved award and recognition of ESWA’s contribution to the next generation of Australian geoscientists.