Download a copy of the DRAFT Minerals and Coal Reporting Guideline here.

The new Draft Guideline lists reporting requirements that are already mandatory under existing Regulation, as well as additional information tha can be supplied and is considered good practice to report.

Throughout April and May 2019, officers from the Geological Survey of Queensland will work closely with industry to collect feedback on the draft guideline and accompanying submission templates, and make adjustments as required.

Send your feedback about the DRAFT guideline and submission templates to: geological_info@dnrme.qld.gov.au

The Draft Guideline is an important step in enabling a future of data driven exploration, where decision making across all aspects of the mineral and coal sectors is aided by accurate, relevant, high quality data and information. Thank you for your ongoing support of the department’s work to modernise the collection of geoscience information and the reporting of activities in Queensland’s mineral and coal sectors. 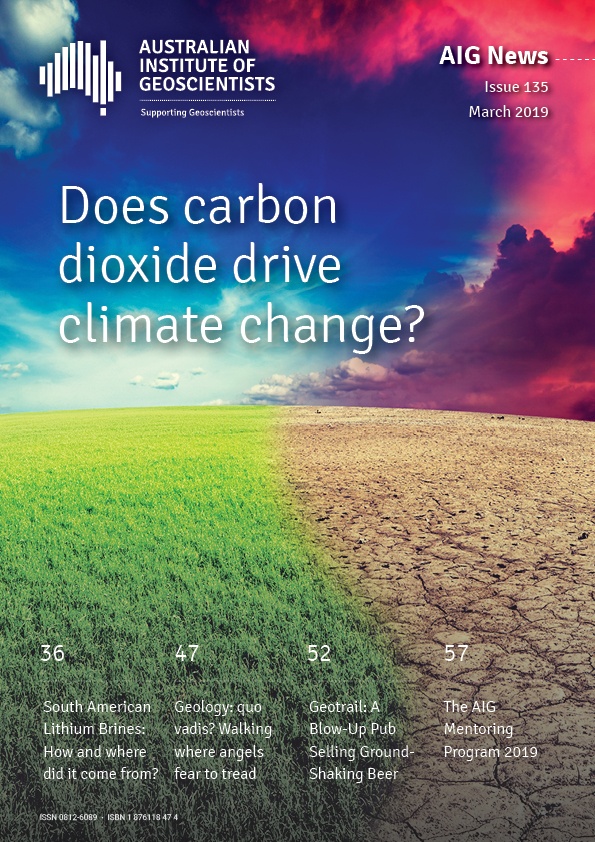 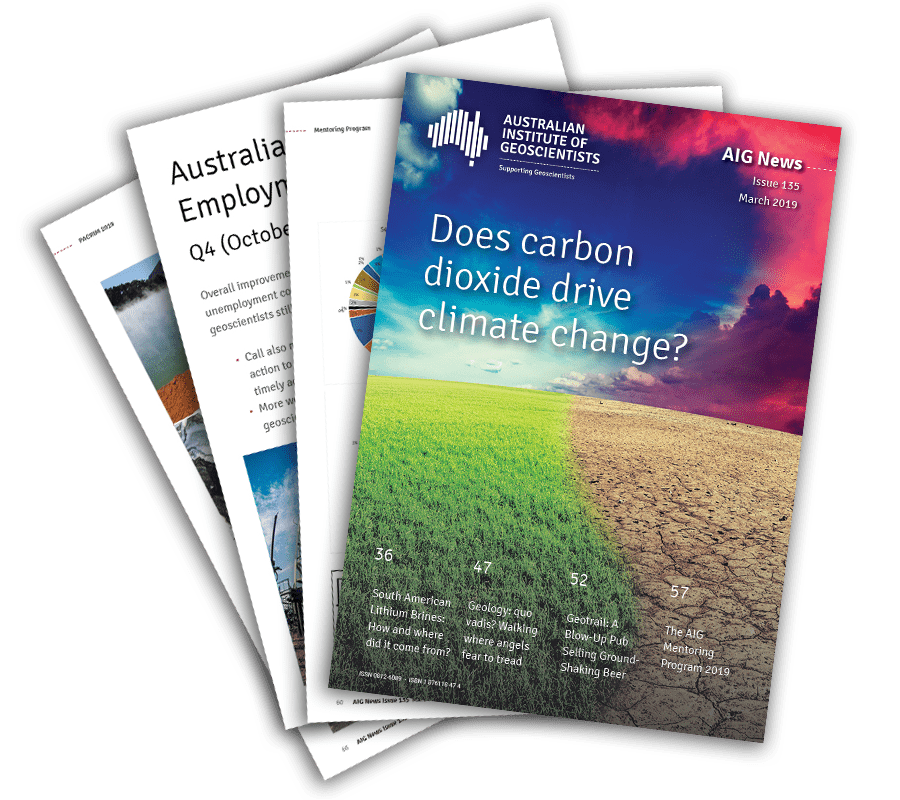 The deadline for the submission of abstracts for papers and posters proposed for presentation at AEGC 2019 in Perth this September has been extended until Friday 5 April 2019.

The first Australian Exploration Geoscience Conference held in Sydney last February provided a unique opportunity to hear the experiences of geoscientists in exploration geophysics, petroleum geoscience and all facets of mineral exploration in Australia and internationally.

Nominations for the seven prizes are open—they range from the Prize for Science to a prize for New Innovators, and prizes for science teaching excellence. Entries close Tuesday 12 March. More information available on the website.

The initial entry process has been simplified.

However, despite the dip for the past quarter, the new results pointed to evidence of an overall improving job trend since June 2016.

“This latest quarterly result is disappointing”, Australian Institute of Geoscientists spokesperson, Mr Andrew Waltho said today, “coming at a time when there was genuine optimism regarding an improvement in exploration activity, several, significant new mineral discoveries, and speculation regarding potential skills shortages facing the exploration and mining sectors”.

“Both the Federal Government and Opposition have announced initiatives to support mineral exploration research if elected in the May Federal election, but no-one is talking about improving processes facilitating equitable and timely access to land for exploration,” Mr Waltho said.

“In fairness, this is a state issue, but we are still seeing bureaucratic and lengthy processes in operation that disadvantage the junior exploration sector in particular, with little sign of change,” Mr Waltho said.

All states except South Australia saw little change or an increase in unemployment in the 12 months between December 2017 and December 2018, but an overall improving trend since June 2016 remains evident.

The survey attracted 391 individual responses.  Too few responses were received from Tasmania and the Northern Territory for the reporting of state results.

Junior exploration and mining companies employ 29% of Australia’s geoscientists according to this survey, almost as many as major and mid-tier companies combined.

“Small companies have a limited capital base on which is difficult to raise further funds and must be used productively if they are to survive,” Mr Waltho said.

“Early career geoscientists tend to be employed in greater numbers by major mining and exploration companies but this soon changes as geoscientists gain professional experience, suggesting that major companies need to look more closely at retaining talent by providing a more dynamic and professionally rewarding professional environment for their staff,” Mr Waltho said.

Women are represented almost equally in the geoscience staff of major, mid-tier and junior exploration companies.  The overall proportion of women in the workforce remains low, but large, mid-sized and junior companies don’t appear to either discriminate or be preferred sources of employment.

“Gender diversity in exploration and mining, long-considered to be a male dominated profession in Australia is changing rapidly” Mr Waltho said. “Almost half of the early career geoscientists (0-5 years’ experience) who responded to this latest survey were women,” Mr Waltho said.  “The sector is clearly creating career opportunities for women that are being taken up and we need to ensure that this trend continues through measures to promote and preserve gender diversity,” he said.

“A drop in the proportion of women in the 5 – 10 year experience range is evident, but the proportion of women in the profession increases again in the 10 – 15 year range, suggesting, perhaps, that we are seeing the benefit of measures such as flexible employment and favourable parental leave provisions that enable geoscientists to mix raising a family with pursuit of a career. “This again, is something we need to build,” Mr Waltho said.

“The fact that we are seeing evidence pointing to this is a real positive for both the exploration and mining industry and our profession,” Mr Waltho said.